According to a Thursday study, more than ten meters in length and the head of a crocodile: Fossils of a 125-million-year-old carnivorous dinosaur, which is probably the largest predator ever to have lived in Europe, were discovered on the British Isle of Wight. 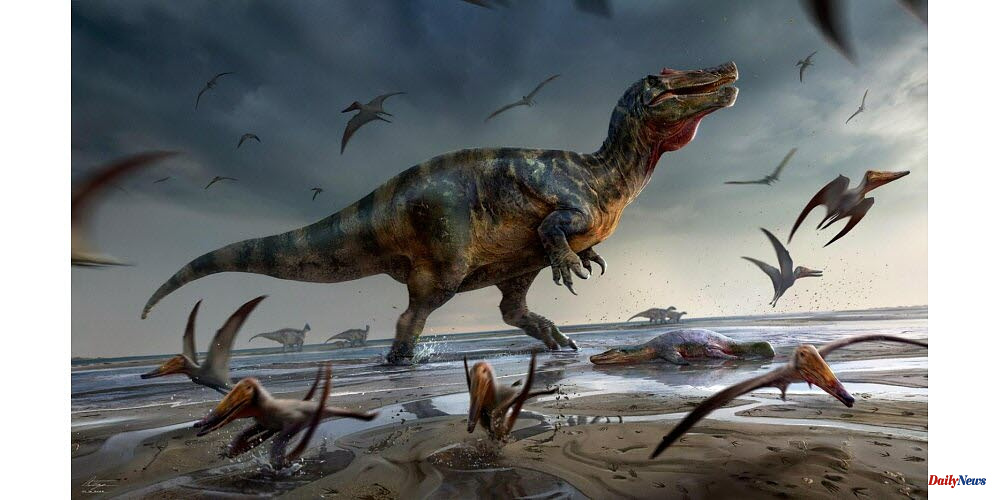 According to a Thursday study, more than ten meters in length and the head of a crocodile: Fossils of a 125-million-year-old carnivorous dinosaur, which is probably the largest predator ever to have lived in Europe, were discovered on the British Isle of Wight.

Paleontology owes the treasured find to the Briton Nick Chase, a local collector who spent his entire life looking for dinosaur fossils on the beaches of the island in the south-east of England. .

Researchers from the University of Southampton were able to identify the super-predator, a bipedal Spinosaurus, by using the bones he had found (cervical and caudal vertebrae, in particular).

"It was a huge animal, measuring over 10 meters in length. It is probably the largest predator ever found in Europe, given its size," Chris Barker, a paleontology researcher, said. The study was published in the journal Peer J.

Although very few bones have been found so far, he says that the numbers don't lie. "It is larger than any specimen found in Europe."

Thomas Richard Holtz, an American University of Maryland paleontologist who was not part of the study, confirmed that the powerful carnivore appears to be "even bigger" than the other predatory dinosaurs discovered in Portugal in 2017.

Matt Lamanna (Dinosaur Specialist at Carnegie Museum of Natural History, Pennsylvania), says that it is still difficult to compare the sizes of extinct dinosaurs. The largest spinosaurid was not nearly as large as the Tyrannosaurus-rex and Giganotosaurus.

Scientists hope to name it the "White Rock Spinosaurus", which is the white stone where its bones were discovered. The scientists surveyed the area around 125 million years ago.

It would be the "youngest," spinosaur specimen found in Great Britain. This includes the Baryonyx, a protagonist of Jurassic Park.

The elongated head of this family, which is similar to that of crocodiles and square skulls of T.rex, makes it easy to recognize. This morphology may be linked to the way they hunted on land and in water, according to some theories.

Chris Barker says, "They were a little like storks or herons, wading about and catching fish on surface."

The fossils of the giant were found on the island's south-west coast in a lagoonal geological formation that revealed an unknown historical stratum. The researcher adds that it helps to show the living conditions of these animals in those times.

His team discovered two new spinosaurid species on this treasure island. Ceratosuchops Inferodios was the "heron of Hell". "To strengthen our arguments that this dinosaur family originated in Western Europe, diversified there, and then spread elsewhere," said Darren Naish (co-author).

"Most of these remarkable fossils were discovered by Nick Chase, one of most skilled dinosaur hunters who died just prior to the Covid epidemic," said Jeremy Lockwood from the University of Portsmouth.

Paleontologists note that the collector always donated his finds and remains to museums.

1 Ardeche. Cap Azur: The non-slip mats from the Privas... 2 Alpes de Haute Provence. Manosque: Frontal collision... 3 Ardeche. Pont-de-Labeaume - A farm that was damaged... 4 There is only one path to power: Liz Cheney could... 5 Metropolis Lyon. Fill Up Media is ready to go public 6 Alert: Deadly heatwave in Southern California 7 Belgrade before Scholz's visit: Serbia flags... 8 Alpes de Haute Provence. Moustiers-Sainte-Marie: injured,... 9 Royalty. Prince William, almost incognito, is a magazine... 10 Origin of the epidemic. Covid-19: The WHO should further... 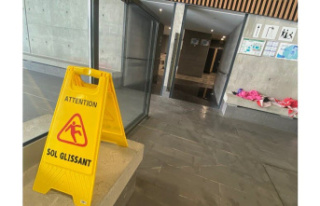 Ardeche. Cap Azur: The non-slip mats from the Privas...