Legendary Queen guitarist Brian May is best known as an outstanding musician. 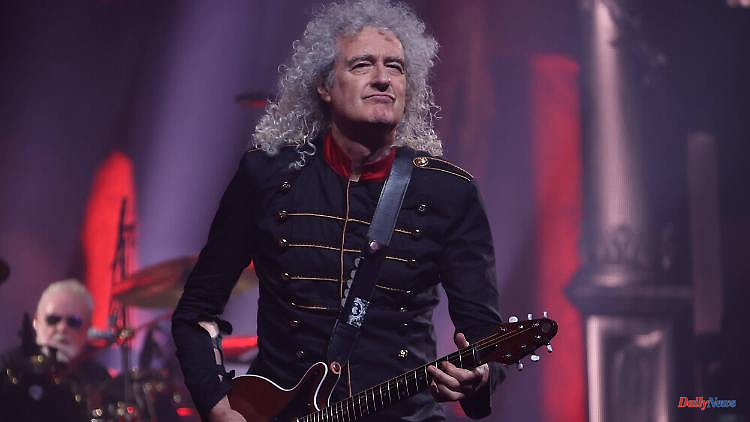 Legendary Queen guitarist Brian May is best known as an outstanding musician. Many, even fans of the band, don't know that he is also an astrophysicist, author and animal rights activist. Now he's celebrating his 75th birthday - but not at home: he's on the "Rhapsody Tour" in Europe.

Brian May has been on stage with British rock band Queen for over 50 years. The virtuoso guitarist with the curly mane still rocks the big stadiums at the age of 75. Alongside Roger Taylor, who is now 72, and Freddie Mercury, who died in 1991, he became world famous with hits like "We Will Rock You", "I Want It All" and "The Show Must Go On". But the musician has also made a name for himself outside of the band: as an astrophysicist, author and animal rights activist. You could call him a jack of all trades.

Born on July 19, 1947, May was an only child and showed his musical talent at an early age. Apart from that, the later musician was also a great hobbyist: he built a special pickup for his first guitar to create an electric sound. He was also interested in the starry sky and built a telescope.

Together with his father, he took on a special project: in the 1960s, the two built an electric guitar that would later go down in history as the Red Special. Brian May was 16 at the time. The red and black instrument consisted of all sorts of things that could be found in the Mays' house: wood from the fireplace, a bread knife and parts of a motorcycle. May still plays on the Red Special today.

Brian May was already rocking in his first bands back then, but he also considered a different path in life. At school, he attracted attention with his outstanding achievements, especially in science subjects. His career aspiration was astronomer. So he began studying physics in the mid-1960s. In addition, he appeared with his former band in 1984 as the support act for Jimi Hendrix.

That year was soon history, however, as May preferred to concentrate on his studies. After research in Switzerland and Tenerife, the well-known astronomer Bernard Lovell offered to help him with his work on his radio telescope. A difficult decision for May - in the end it was the music.

But he still completed his studies: Queen Mum presented him with his bachelor's degree in 1968 in the Royal Albert Hall. Only two days later he played the first concert with his band Smile - as the support act for Pink Floyd.

In 1970 he formed the band Queen with Roger Taylor and Freddie Mercury. He still hadn't lost sight of astronomy: May was busy writing his dissertation - his specialty: radial velocities and interplanetary dust. However, after the worldwide success of Queen, he eventually stopped working on it. After all, he almost became a doctor of astrophysics - for the time being.

Years later, May resumed work on his dissertation: in 2006, the musician enrolled again as a student at Imperial College in London. In 2007, 37 years after starting his doctoral thesis, he submitted it and passed his defence. A year later he finally received his PhD.

Even after that, astrophysics continued to occupy him. Brian May has been a visiting scholar at Imperial College since 2007. From 2008 to 2013 he was Honorary Chancellor of John Moores University in Liverpool. An asteroid was named after him in 2008. In 2015, May was part of the team on NASA's New Horizons project, a spacecraft in the Pluto system.

Brian May is the co-author of several popular science books dealing with the history of the universe, cosmic phenomena and the solar system. Another hobby of the musician is stereoscopy, i.e. images with a three-dimensional impression that resemble 3D. In this context, too, he was a co-author of books. Among other things, May built up a collection of stereoscopic photos from France in the 1860s.

In addition to his music career, he is also a big animal rights activist. In 2010, May founded the organization Save Me. He has campaigned several times against planned mass culling of badgers and fox hunting. Since 2012 he has been Vice President of the Royal Society for the Prevention of Cruelty to Animals (RSPCA), the largest animal welfare organization in the world.

As an animal lover, the musician is of course a vegetarian. May is also said to be a collector of tin toys and Star Wars memorabilia.

Brian May is celebrating his 75th birthday with Queen on tour between Denmark and Sweden: He is currently touring Europe with Roger Taylor and singer Adam Lambert. On July 19th the band will take a short break from their gigantic "Rhapsody Tour", which will take them through Europe until the end of July. The day before they were in Copenhagen and the day after they can be heard in Stockholm.

1 Marriage off after four years?: Divorce rumors about... 2 Tips for any time: How to survive the hot days 3 "Catastrophic losses": Australians are shocked... 4 Trends from the Eurobike: The moped is back - electric 5 Thuringia: Business registrations and deregistrations... 6 Hesse: Portraits of Ottilie W. Roederstein in the... 7 North Rhine-Westphalia: risk of forest fires: surveillance... 8 Bavaria: Further construction work on the Munich-Salzburg... 9 Saxony: Cats in the Semperoper: the successful musical... 10 Saxony: DGB Saxony demands limitation of energy prices 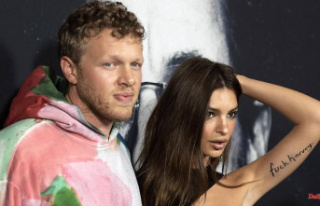 Marriage off after four years?: Divorce rumors about...