20 years ago, Ademola Okulaja led the German national basketball team together with Dirk Nowitzki to the only World Cup medal in their history. 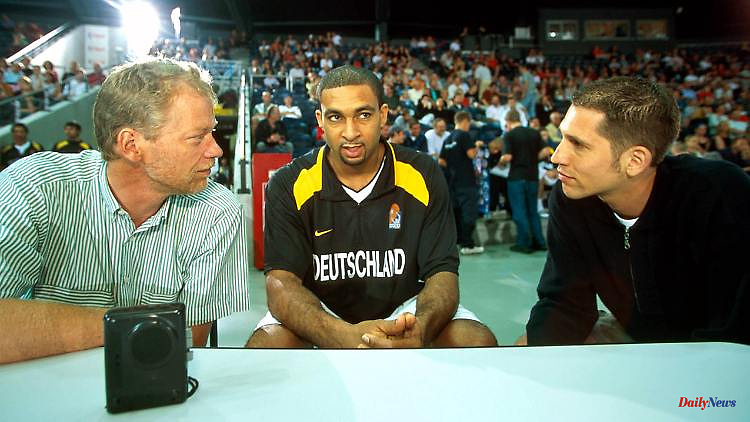 20 years ago, Ademola Okulaja led the German national basketball team together with Dirk Nowitzki to the only World Cup medal in their history. Now one of the greatest players to ever wear the DBB jersey has passed away at the age of 46.

Ademola Okulaja is dead. According to information from RTL/ntv, the long-time German national basketball player died at the age of 46. After the end of his active career, which took him via Alba Berlin to the legendary University of North Carolina, to Spain, Italy and Russia, Okulaja stayed true to his sport. First he worked as an expert for television, then later as a player consultant. His greatest success as an active professional is the bronze medal at the 2002 World Cup, when he led the selection of the German Basketball Association alongside Dirk Nowitzki, who was three years his junior, to the only medal at a World Cup to date. According to consistent media reports, Okulaja leaves behind his wife and two children.

More on that shortly.

1 After the massacre in Buffalo: Biden criticizes the... 2 "Know the sound of guns": US metal singer... 3 Because of suspicion of abuse: Johnson's party... 4 Star chef threatens Eton Mess: Jamie Oliver demands... 5 US circles on the flight recorder: Boeing deliberately... 6 Strained relationship with Kyiv: Macron promises more... 7 The day of the war at a glance: fate of Azovstal prisoners... 8 Strained relationship with Kyiv: Macron wants to expand... 9 "No game with open cards": Merz accuses... 10 "Sing my song" - Round four: Kelvin Jones... 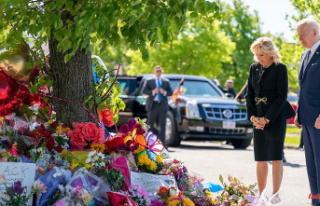