At the wedding with Meghan Markle: Prince Harry: William was also a best man only for appearances

Even before Prince Harry's memoirs were published, new details were leaking out to the public every day. 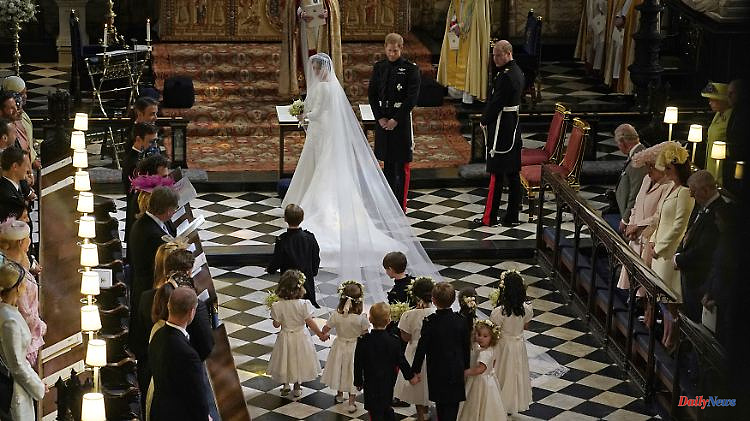 Even before Prince Harry's memoirs were published, new details were leaking out to the public every day. Another secret that the renegade prince reveals, according to a British newspaper: at his wedding to Meghan, his brother William was not the best man.

According to a report, Prince William was not actually the best man at his little brother Harry's wedding to US actress Meghan Markle in 2018. According to the British newspaper "Mirror", Prince Harry writes this in his memoirs "Spare" ("Reserve"), which will be officially published on Tuesday. "The royal family announced that Willy would be their best man, as they did to me when he and Kate got married."

During the wedding service, William also stood by his brother Harry. But apparently only for appearances: In fact, he chose an "old friend" as best man, according to Harry in the book. The evening before his wedding, he was with friends in a hotel, according to Harry.

William was also invited, but declined. "Did he sulk because he wasn't my best man?" speculates Harry, according to "Mirror" in his memoir. William, on the other hand, justified his absence with family obligations.

Earlier, Harry had accused his brother, according to a "Mirror" report on Friday, of having to be the public show at William's wedding to Kate in 2011, while his brother's best friends were the real groomsmen. He was forced to play along with the "outrageous lie".

Because Prince Harry's memoirs were briefly available in several bookstores in Spain on Thursday, British media were able to secure copies and publish spicy details before the official release on Tuesday.

1 Knowing what's inside: This is how you can clean... 2 States stand behind Lula: Brazil's President:... 3 "All forces on the street": Brasilia security... 4 Brazil's ruling party: Invasion is "announced... 5 "Tatort" from Dresden: Shared joy - double... 6 Hesse: 16-year-old motorcyclist falls in a curve and... 7 Two red cards after tussle: Barcelona beat Atletico... 8 Criticism of pricing: did the federal government pay... 9 Defender under pressure: Selenskyj: "Bachmut... 10 North Rhine-Westphalia: Police present operation to... 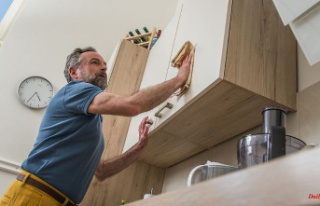 Knowing what's inside: This is how you can clean...