Attachment to the King of Rock 'n' Roll: Elvis Presley's family immortalizes itself in Hollywood

Just in time for the premiere of the biopic "Elvis", the family of the King of Rock 'n' Roll is being honored. 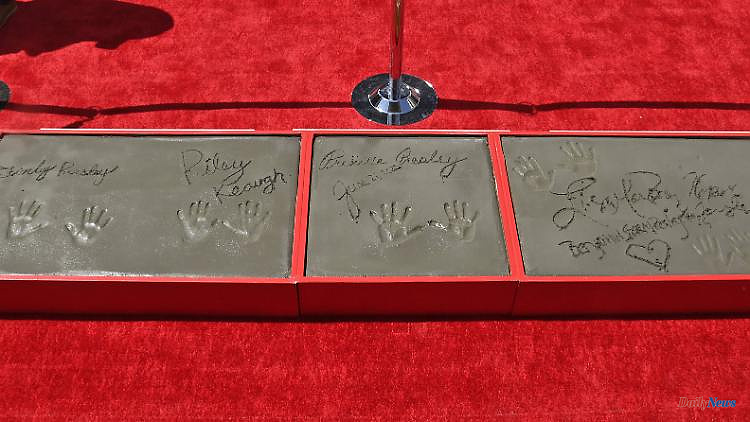 Just in time for the premiere of the biopic "Elvis", the family of the King of Rock 'n' Roll is being honored. Elvis' ex-wife Priscilla Presley, his daughter and grandchildren are allowed to immortalize themselves with handprints in cement in Hollywood. Priscilla is completely enthusiastic about the film that is now coming to the cinemas.

The family of music icon Elvis Presley, who died in 1977, was honored at a ceremony in front of the TCL Chinese Theater in Hollywood on Tuesday. Priscilla Presley, 77, daughter Lisa Marie Presley, 54, her 33-year-old daughter Riley Keough, and 13-year-old twins Harper Vivienne Ann Lockwood and Finley Aaron Love Lockwood were honored to have their handprints in cement.

The time-honored tradition of handprinting on Hollywood Boulevard began in the 1920s. Every year, several million people visit the world-famous cinema to look at the celebrity footprints in the cement floor of the forecourt. There you can now see the footprints of three Presley generations. Elvis and Priscilla Presley were married from 1967 to 1973. Their daughter Lisa Marie was born in 1968 and has three daughters. Her son Benjamin Keough passed away in July 2020 at the age of just 27.

His lascivious way of performing on stage attracts huge crowds of fans and almost as many guardians of morals who fear that Elvis will be the personified ruin of youth. The complicated relationship with his manager Colonel Tom Parker (played by Tom Hanks) is also increasingly affecting Elvis. The film will start in German cinemas on June 23.

In a Facebook post, among other things, Priscilla Presley has already raved about the film and in particular highlighted the acting performance of leading actor Austin Butler. "Austin Butler who plays Elvis is outstanding," she wrote, adding, "WOW!!! Bravo...he knew he had big shoes to fill." Presley also found words of praise for director Luhrmann. The true story is told "brilliantly and creatively" in a way "only Baz can in his unique, artistic way". 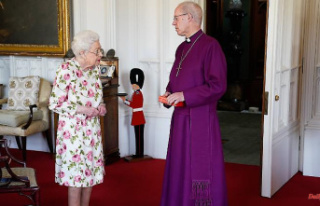