Attack on rue des Rosiers in 1982: only one suspect arrested, claiming his innocence

Extradited in December 2020 by Norway, this 63-year-old naturalized Palestinian Norwegian, whose full name is Walid Abdulrahman Abu Zayed, has since been indicted for murder and attempted murder and imprisoned. 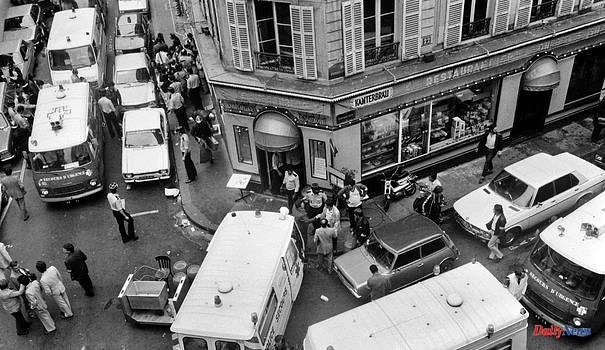 Extradited in December 2020 by Norway, this 63-year-old naturalized Palestinian Norwegian, whose full name is Walid Abdulrahman Abu Zayed, has since been indicted for murder and attempted murder and imprisoned.

French anti-terrorism judges suspect him of being one of the shooters in the attack.

A total of six people were killed and 22 injured on August 9, 1982 in a grenade explosion in the Jo Goldenberg restaurant and then in a shooting in the historic Jewish quarter of the Marais.

The attack has since been attributed to Abu Nidal's Fatah-Revolutionary Council (Fatah-RC), a Palestinian dissident group from the Palestine Liberation Organization (PLO).

Abou Zayed disputes even his presence in France at the time of the facts.

"The commemoration of this attack should not make us forget that there is in this case a detained man who proclaims his innocence. To respond to terrorism is to oppose it with the rule of law, not the state which avenges, the one who seeks a culprit at all costs", point out his lawyers Mes Bruno Gendrin and Romain Ruiz.

"The pursuit of our client responds to a pure legal fantasy, that of discovering a truth that has long since been lost in the limbo of History," they say.

"Anti-terrorism justice does not consist in pleasing society, the victims or their heirs, it is there to put reason where there is none".

The eldest of eight children, Abu Zayed was born in 1958 in Palestine, near Jenin, to peasant parents.

He worked in construction, joined Fatah in 1981, and left for a training camp in Syria, according to his account summarized in documents consulted by AFP.

As for the Fatah-CR, it maintains that it does not want to know anything about it.

He married in 1985, has two children. In 1991, he emigrated with false papers to Norway, which he never left.

According to Me Ruiz, Abu Zayed learned how to handle weapons like "all militant Palestinians" and never went to France. But since the beginning of the 2010s, the French investigating judges suspect him of having belonged to the commando.

They highlight in particular omissions, inaccuracies and contradictions on his career in the early 1980s during his interrogations.

The magistrates also rely on intelligence notes and three witnesses, presenting themselves as former members of Abu Nidal, heard by investigators between 2011 and 2015.

Two refer to Abou Zayed as a member of the commando; one of them, on condition of anonymity, describes him as a "very important performer from 1977 to 1984" of the organization.

For the investigating chamber, which validated his indictment, the age of the facts "is not enough" to discredit their testimonies, which are also "concordant".

The judges believe they have identified three other suspects, two located in Jordan, including the alleged mastermind of the attack, and a third in the West Bank, but Jordan has repeatedly refused their extradition.

The chances that they will one day be handed over to France are "very slim", recognizes Me Avi Bitton, lawyer for civil parties who are "desperately waiting" for a trial.

"For 40 years, French justice has not given up but it has come up against unacceptable political obstacles", deplore Mes Pauline Manesse and Gérard Chemla, lawyers for a family and for the National Federation for Attacks and Victims of collective accidents.

On the eve of Tuesday's celebration of the 40th anniversary of the attack, in the presence of the Minister of Justice, the lawyers for the civil parties are calling on the French and international authorities to take concrete action to enforce these arrest warrants.

“The President of the Republic reiterated on July 17 in Pithiviers his determination to fight against anti-Semitism.

The trial of the assassins of the rue des Rosiers is part of it", believe in the JDD Mes Ariel Goldmann, Alain Jakubowicz, David Père and Francis Szpiner, other lawyers for civil parties.

They consider "also essential that the victims of this attack can be recognized in their status as victims of an act of terrorism".

1 Stuttgart: Man seriously injured in a dispute 2 Mount Kenya, mythical and decisive region in the Kenyan... 3 After the murder of Ayleen A.: Cybercriminologist:... 4 Interview: Ferrari chief designer Flavio Manzoni :... 5 Judith Durham: Australian folk legend is dead 6 Joe Biden: US President may leave corona isolation 7 Recipe idea: That's why mochi ice cream is one... 8 Inspiration: Wedding Anniversary Gifts: 10 Romantic... 9 Parasites: Does my dog ​​have fleas? This is how... 10 The voice from the Cologne basement: After defeat,... 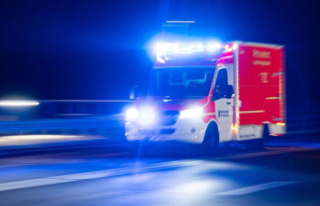