There is still no confirmation from Kyiv. 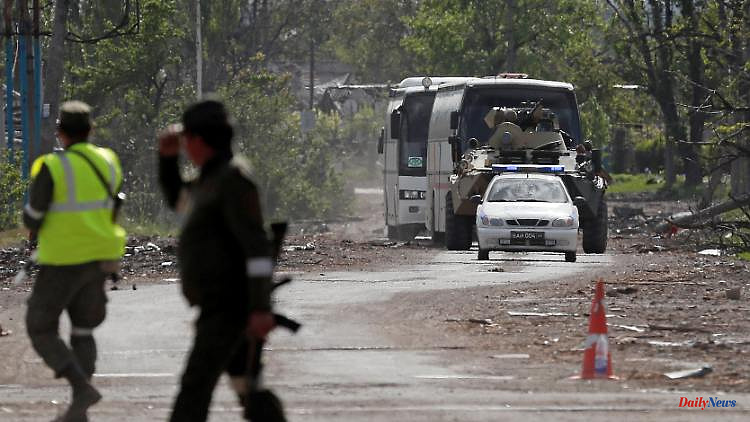 There is still no confirmation from Kyiv. However, according to information from Moscow, hundreds of other fighters from the Azovstal steelworks are said to have gone into Russian hands. This puts the Russians on the verge of dominating all of Mariupol.

In the Ukrainian port of Mariupol, most of the fighters from the besieged Azovstal steelworks have surrendered, according to Russian sources. In the past 24 hours alone, more than 770 Ukrainians have been captured there, the Ministry of Defense in Moscow said. This means that 1730 fighters have surrendered since the beginning of the week. It is unclear how many people are still on the factory premises. According to earlier Russian information, there should be a few hundred more. The Ukrainian side has not yet confirmed the numbers.

Meanwhile, the International Committee of the Red Cross (ICRC) registered hundreds of Ukrainian prisoners of war from the Azov steelworks in Mariupol. At the request of Russia and Ukraine, an ICRC team on the ground began collecting personal information from Ukrainian fighters leaving the steelworks on Tuesday. Among them were the wounded.

According to the ICRC, the procedure serves to track where the prisoners of war are - and to help them stay in contact with their relatives. The ICRC stated that it was not involved in the transport of prisoners of war and referred to the obligation of all contracting states of the Geneva Conventions to grant the Red Cross access to prisoners of war.

At the beginning of the week, Kyiv spoke of a little more than 260 evacuated soldiers and then only announced that the "humanitarian operation" would continue. Looking at the numbers now published by Russia, a complete conquest of Mariupol could become apparent after almost three months of war.

In early March, Russia, together with pro-Russian separatists, surrounded and largely conquered the strategically important city on the Azov Sea. The Ukrainian militants, entrenched in the spacious premises of the steel mill, became Mariupol's last defenders. According to Russian estimates, around 2,500 soldiers were still in the plant before the evacuation mission began.

It is also unclear whether Moscow - as hoped by Kyiv - will agree to an exchange of Ukrainian soldiers for Russian prisoners of war. A total of 80 of the 1,730 captured Ukrainians are said to have been injured, according to Russian sources. The seriously injured were taken to a hospital in Russian-controlled Novoazovsk, it said.

The US accuses the Russian occupiers of the port city of severe mistreatment and looting. Russian officials are "concerned that these acts may further incite Mariupol residents to resist Russian occupation," a US official said. 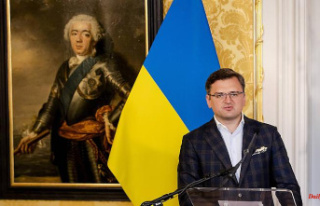