"Bachelorette" in the battle arena: the animal in the courtship man

Emanuell switches off his brain and clenches his fists, annoyed and ready to fight: after weeks of playing in unison, the alcohol-laden escalation threatens shortly before the sixth night of the roses. 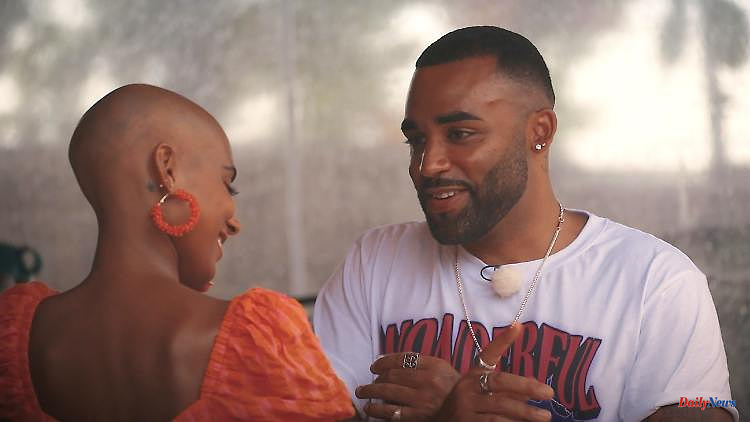 Emanuell switches off his brain and clenches his fists, annoyed and ready to fight: after weeks of playing in unison, the alcohol-laden escalation threatens shortly before the sixth night of the roses.

The lights are slowly but surely going out in beautiful Phuket. After a five-week introductory and date odyssey, the bachelorette and her eight remaining prince charming are about to end a journey that leads to a new location direction after the sixth night of the roses. Quite rightly, not only the viewer at home on the couch asks: What is actually to come?

In Phuket people were dating, drinking and kissing like there was no tomorrow. The bachelorette has shed her wig and Muckibär Lukas is at the forefront as this season's last-man-standing favorite. The only thing missing is the obligatory fire under the roof, surrounded by delicious bubbly, five-star appetizers that are served every day and a permanent change of weather.

A pinch of aggressiveness, paired with testosterone-laden taunts and one or the other extended elbow would perhaps do the somewhat deadlocked itinerary quite well. The two Dominik and Tom, who have been far behind in the queue so far, seem to have a similar view. During a merry kayaking group date, the duo goes on the offensive and switches to attack. While the Hamburg logistician with the tough attitude increases the pressure "When will I finally get more time with you?", feel-good gangsta Dominik tries to score points with one or the other clumsy slogan. For both candidates, however, the verbal "explosions" tend to backfire. Sharon is not enthusiastic about either Tom's or Dominik's performance.

Alex and Jan do better. The former uses his debut date and shows the bachelorette that he can flirt at least as well as the rest of the group. Jan doesn't have to prove anything to Sharon anymore. Even if it takes a little longer this time, in the end the florist and the main actress are hugging each other again.

That leaves the three extrovert hostel fathers Umut, Lukas and Emanuell. The tragic triangle gets closer during the sixth night of the roses than any single courtship boy would like. The mixture of excitement, tension and alcohol takes Emanuell in particular on a dangerous trip towards the abyss of the Brotherhood. After a short conversation between Sharon and Umut, Emanuell completely lost his mind in the "debriefing". First, the visibly annoyed recruiter wipes his shoe on Umut's snow-white pants. Seconds later, he wonders why the person opposite doesn't think it's that cool: "Aha, now you can see your true face!" Emanuell rumbles in the direction of Umut. While the person concerned doesn't even know how to deal with the situation, Emanuell goes a step further: "You'd better get out of my way before I give you another bomb!"

The bachelorette doesn't notice the foreign shame appearance of the two fighting cocks. But season "The Rock" Lukas is there and tries to mediate. It's just stupid that Emanuell now sees every approach, no matter how well-intentioned, as a personal attack. An unspectacular stroking (Lukas briefly strokes Emanuell's hair) almost ends in a real bull fight: "Don't ever touch my head again!" whispers from one direction. "Let's meet without cameras!" It rumbles back two pitches more menacingly.

Thanks to the timely intervention of production, there was no scuffle. Three drinks later, Umut, Emanuell and Lukas are already in love again. What remains, however, is a somewhat lopsided mood. While Umur and Dominik have to say goodbye to their dream of happiness in love, the six remaining candidates paw the hooves in anticipation and with a purposeful attitude. The cuddle course is over after the sixth night of roses at the latest. From now on there is only one goal for everyone involved. And in order to achieve that, the meanwhile deepest bro feelings will be put aside in the future. 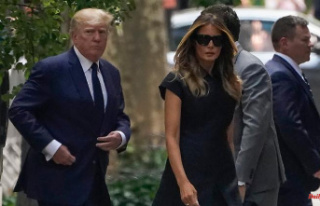