Back on track after criticism: Russian military expert rows back on TV

With unexpected criticism of the Russian war of aggression in Ukraine, the Russian ex-Colonel Chodarjonok caused a stir on state television. 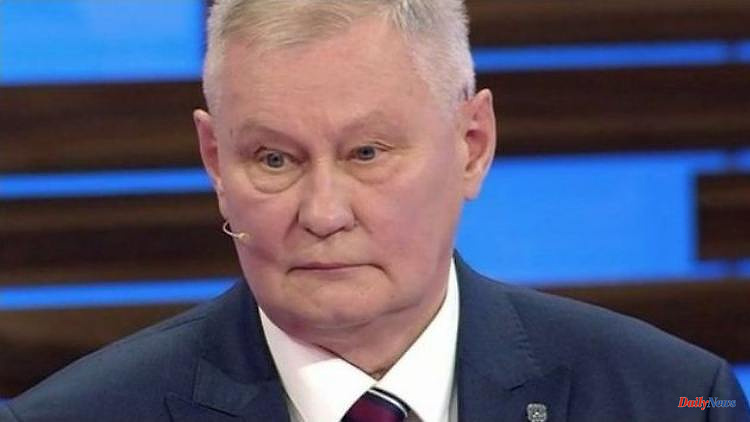 With unexpected criticism of the Russian war of aggression in Ukraine, the Russian ex-Colonel Chodarjonok caused a stir on state television. A few days later, however, he made a U-turn on the same talk show - and swung back to the course of Kremlin propaganda.

A few days ago, a military expert surprised many people with an astonishingly pessimistic war forecast on Russian state television, which is actually loyal to the Kremlin. Now Mikhail Khodaryonok has publicly backed down. To believe that the Ukrainians could launch a counterattack is "a great exaggeration," said the 68-year-old on the program "60 minutes".

The political talk show, this time titled "Achievements of the Russian Air and Space Forces," was the same one in which Khodaryonok announced on Monday that the Ukrainian armed forces were far from disintegrating nearly three months after the start of the war. Furthermore, the former Russian general staff officer explained with a view to the further goals of the Russian army: "The basis for this is that the realization of these projects will unpleasantly surprise the Ukrainian side in the near future."

Presenter Olga Skabeeva, who repeatedly interrupted Khodaryonok in the last program, this time let him finish for several minutes without interruption. While Khodarjonok recently emphasized the strong will to fight of the Ukrainian soldiers and their rearmament by the West, he now emphasized that Russia's armed forces were deliberately tracking down and destroying foreign weapons. "Soon only memories will remain of the American howitzers," he said. The editors later displayed these words again in the program as a large quote board.

The programs of the Russian state television are considered the mouthpiece of the Kremlin. Critical opinions are largely eliminated from the public. A relatively new law also provides for up to 15 years in prison for alleged "false news" about Russia's armed forces. Many viewers were all the more astonished earlier this week when they heard Khodaryonok speak in the Russian media about "info tranquilizers" in connection with the Ukraine war and about "the fact that the whole world is against us".

1 Smachnoho: Ukrainian Syrniki - Cooking with Anastasia 2 Mutti's house should believe in it: Leni Klum... 3 Sanctions must be lifted: Russia only opens Ukrainian... 4 What Terodde now has to prove: Flick puts the second... 5 In case of skin changes to the doctor: monkeypox detected... 6 Friends should get something: British couple wins... 7 Motive is still unclear: 21-year-old shoots at school... 8 Gnashing of teeth at the FDP: Traffic light suspends... 9 Fight against land speculation: Ampel wants to end... 10 "Even more dependent than with natural gas":... 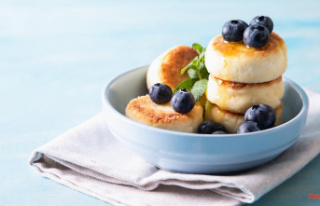