Back to (festival) life: Finally there's rocking again at the ring and in the park

It was a long and hard dry spell. 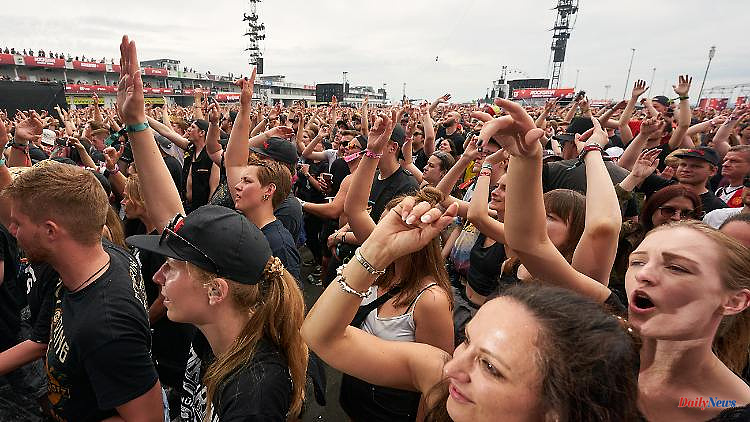 It was a long and hard dry spell. But after two years of the pandemic, it's finally time to rock again. The twin festivals "Rock am Ring" and "Rock im Park" are undoubtedly the spearhead of the open-air season. This weekend they are expecting more than 160,000 visitors again.

Rock and pop fans will finally get their money's worth again this summer. At Pentecost, two major festivals in Rhineland-Palatinate and Bavaria will start after a two-year break due to the pandemic. The classics "Rock am Ring" and "Rock im Park" last from June 3rd to 5th, according to the festival, more than 160,000 people should be there.

The slightly larger festival "Rock am Ring" takes place on the Nürburgring race track in the western Eifel region of Rhineland-Palatinate. The German alternative rock band Donots, who were euphorically welcomed by fans in light summer clothes, made the start on Friday - and were accompanied at their opening by a surprising guest appearance by Toten Hosen.

During the first gig, frontman Ingo appealed to the fans to make the whole place jump. The party crowd joined in: tens of thousands of visitors jumped over the asphalt. Later, Måneskin, the Italian winning band of the 2021 Eurovision Song Contest, and the US punk rockers Green Day were to play on the main stage at the racetrack.

The Ring organizers spoke of a visitor record with 90,000 weekend tickets sold. A total of around 70 bands should appear on three stages at the Nürburgring by Sunday. "Most fans are starving for live events," said a spokesman recently.

While the first fans made themselves comfortable on the campsites on Friday afternoon, had their first drinks and danced warmly, the police spokesman was optimistic: "There were no problems with the arrival traffic. The people are in a good mood. We are very satisfied . The weather is fine."

A few hundred kilometers away, the twin festival "Rock im Park" began. Here largely the same acts appear at different times. The US bands Black Veil Brides and Daughtry took the stage first. The organizers were expecting around 70,000 visitors for the largest music event in Bavaria. Little was left of the pandemic: hardly any masks, but all the more hats and sunglasses. "People just want to," said Sebastian from Regensburg.

Here, too, the arrival and the first hours were relatively quiet, said the medical security service. By Friday morning, the helpers had to treat almost 200 people, and eleven were hospitalized. Although the weather initially played along, thunderstorms with heavy rain, gusty winds and hail were forecast. "In the past we have often had the situation that Nuremberg was hit by a severe storm - and that it passed the 'Rock im Park' site," said Carolin Hilzinger from Argo Konzerte.

Despite a more relaxed corona situation, the health authorities are cautioning. For example, the district of Ahrweiler (Rhineland-Palatinate) recommends masks indoors and in crowds for "Rock am Ring". It is also important to ventilate the cars and tents. Bottles, glasses, tobacco products, hookahs and the like should not be shared.

The open-air festival "Rock am Ring", which was founded in 1985, and the later added "Rock im Park" are intended to inspire fans with other headliners such as Muse and Volbeat until Whit Sunday. 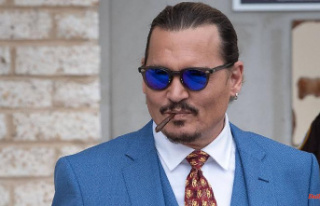