Back to Parliament: divisive topics and hot issues in sight

No extraordinary session in September in the Assembly and the Senate, it is a first for twenty years, insists the presidential camp. 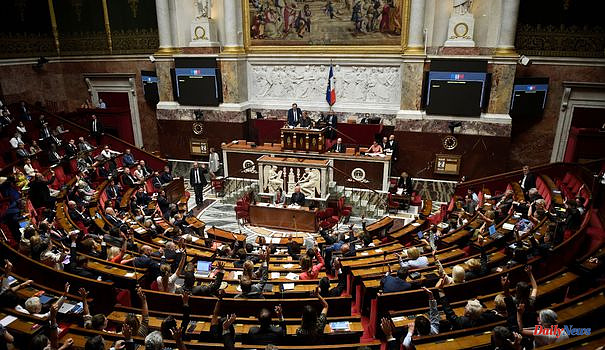 No extraordinary session in September in the Assembly and the Senate, it is a first for twenty years, insists the presidential camp.

"It is a strong act, the first manifestation of the change of method", assures AFP the president of the Assembly Yaël Braun-Pivet (Renaissance). This will make it possible to clear the texts "very early on", "to hear the ministers on their roadmaps" in September and to carry out in parallel "work in the constituency" after the trying sequence on purchasing power in July and early August, she argues.

"Chiche", answers the socialist deputy Christine Pires Beaune, without hiding her skepticism. "In these first months of the legislature, what we see are compromises made only with the right" LR.

In opening, the deputies must seize from the week of October 3 a text on unemployment insurance extending the rules in force, stricter since 2021, to access compensation.

The debates promise to be agitated in the hemicycle with the left-wing coalition Nupes and the RN.

"The opposition will be tougher" against this "social breakage project" by Emmanuel Macron, warns RN spokesman Laurent Jacobelli, while the far right was rather conciliatory in July.

On the left, LFI has promised a "march against the high cost of living" at the start of the school year and will continue its strategy of conflictuality.

"The political situation is unstable," said someone close to Jean-Luc Mélenchon. "There are two solutions: either a stable coalition between Macron and LR, or in the end a return to the polls", with a dissolution.

The immigration bill, which was to arrive in the Senate, was postponed, at the request of Matignon, in favor of a debate in both chambers.

On this sovereign aspect, in October, the orientation and programming bill of the Ministry of the Interior (Lopmi), reduced to "15 articles", must provide an additional 15 billion euros in budget in five years, has announced Gerald Darmanin.

Another text mentioned, but with a still uncertain timetable, is the bill dedicated to accelerating the energy transition and renewable energies.

With Minister Agnès Pannier-Runacher, “we have already been working on it for a month”, affirms the centrist Bruno Millienne (MoDem). “Nine years before being able to lay the first stone of a photovoltaic field, we cannot continue like this,” he warns.

October will above all mark the start of the examination of the 2023 budget projects, of the State and of Social Security.

This first budgetary marathon of the five-year term constitutes a test of strength, for lack of an absolute majority for the macronists in the Assembly. “The budget is risky, the opposition never votes for it,” warns a socialist executive.

The LRs who supported the government on the purchasing power package will not “vote it”, also thinks a minister, rather tempted to seek abstention from the right. According to him, the Social Security budget will be the most delicate: "they will all explain to us that more is needed for the hospital. And not one will say that care should be better organized".

Dismissed by the majority and LR this summer, the track of a tax on the "superprofits" of groups like TotalEnergies or CMA CGM will return to the debates. The conclusions of a "flash mission" on the subject are expected in early October.

"The subject is not taboo but requires going beyond the slogan", judges the head of deputies LR Olivier Marleix.

The Insoumis chairman of the Finance Committee Eric Coquerel thinks that the government's position on the subject "is not tenable".

On the union side, the CGT and Solidaires called for "a day of interprofessional strike" on September 29 to demand wage increases.

And the unions are preparing to go to the front against the pension reform, while Emmanuel Macron aims for a "first entry into force" in the summer of 2023. 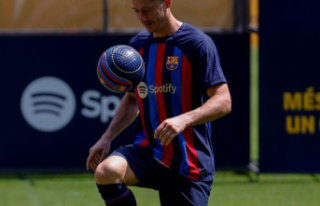