Few basketball players have achieved more in their careers than Chris Paul. 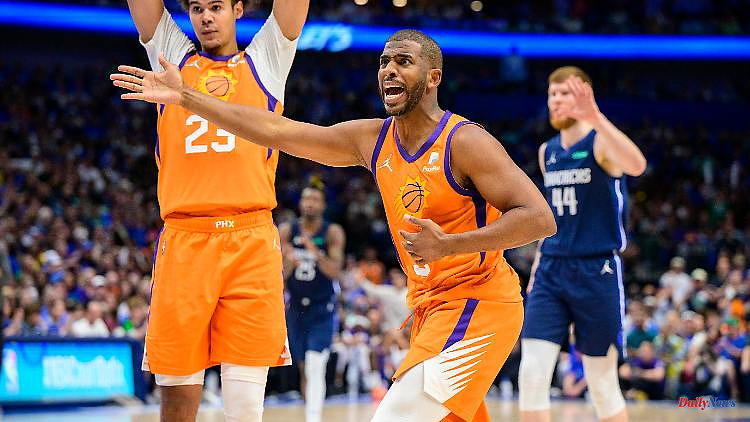 Few basketball players have achieved more in their careers than Chris Paul. Even fewer have failed as often when it mattered. The twelve-time All-Star and two-time Olympic champion no longer has many chances to crown his unique career with the title.

As Luka Doncic and the Dallas Mavericks prepare for their upcoming Conference Finals series against the Golden State Warriors, which kicks off tonight, a man many fans and observers heartily beg for the NBA title is already on summer vacation - plenty earlier than hoped, once again failed miserably before reaching the ultimate goal.

Chris Paul is one of the greatest playmakers in the history of the sport, recently voted one of the top 75 basketball players since the NBA's inception. But even after his 17th professional season, he is still without a championship. The twelve-time All-Star and two-time Olympic champion no longer has many opportunities to crown his unique career. How one ultimately interprets one's achievements, one's successes and failures depends, as is so often the case, on one's perspective and conviction.

"CP3" turned 37 almost two weeks ago. Only six players in the past season were older than him. None of them clocked more minutes than Paul, both during the regular season and in the playoffs. At an age when the majority of basketball players can no longer play in the NBA because their body, or their skills, or both, do not allow it, Paul not only played here and there. He led the league with 10.8 assists averaging and was second in steals (1.9 per game). He's one of only three players, along with Steve Nash and LeBron James, to average more than 10 assists in their 15th pro season or later.

The "Point God" is third all-time all-time leader in assists shared (10,977 assists) and fourth in balls stolen (2,453 steals). He could end his career number two in both categories, behind the eternal John Stockton, who played an incredible 1686 out of a possible 1708 games in 19 NBA years. The best point guard ever is Magic Johnson - fans and experts agree on that more than on few other points of discussion. Paul is already on the level directly below - no matter where exactly you classify him alongside other legends such as Isiah Thomas, Oscar Robertson, Jerry West, Jason Kidd or Stockton.

What he lacks to perhaps finally legitimize him as second best is a title.

However, Paul is not alone in this in the annals of the National Basketball Association: superstars such as Charles Barkley, Patrick Ewing, Allen Iverson, Steve Nash, Karl Malone and John Stockton, Reggie Miller, Dominique Wilkins, Tracy McGrady, George Gervin and Elgin Baylor remained winning the master's trophy is also always denied. Either they were up against better players - Barkley, Ewing, Miller, Wilkins, Malone and Stockton all failed time and time again to a certain Michael Jordan - or they were hurt when fate presented them with a title chance. Does that detract from their individual achievements in their Hall of Fame careers?

Paul is the first and only player in history to help four different franchises achieve record seasons. In New Orleans, his first stop as an NBA pro, the later rookie of the year immediately improved the 18-win team (in a total of 82 games) by 20 wins. Just two years later, the club played its best season ever with 56 wins. After his trade there, he improved the Los Angeles Clippers from 32 to 57 victories - which is still a team record to this day.

The Houston Rockets benefited from Paul's leadership qualities, jumped ten wins to 65 - that too, you guessed it, a franchise record - and just missed the 2018 NBA Finals by a hair's breadth. The Suns missed the playoffs for ten consecutive years before adding 17 wins last year and reaching the NBA Finals for the first time since 1993 thanks to Paul.

This season, Phoenix even set an all-time record with 64 wins. The Suns finished the regular season with the NBA's best record, eight games ahead of the number two. They were the only team in the league to finish in the top five in both offense and defense. Only to embarrass themselves in a win-or-go home scenario, at home in Game Seven, with the highest halftime deficit on record in an all-important seventh game. It was embarrassing and, as always, the criticism hits the team's best player hardest. That's the business, that's how hierarchies and responsibility are distributed.

Especially with Paul, it's even easier for many to hit it when he fails. He irritates. He flops. He clashes with opponents. His leadership and communication style is not always compatible with teammates who don't put everything before victory. As a former president of the players' union, he wields a great deal of power and influence, including off the court. Although he has always stood up for the economic interests of the players, who now earn more than ever before, he has also been accused of lobbying. Not everyone buys his reputation as a clean man - although even enemies attest to him being an absolute role model and a perfect family man off the parquet floor.

The fact that Paul is still delivering at his advanced age is the downside of this obsession, which continues to drive the little guy - Paul doesn't measure more than 1.80 meters even on good days. The fact that he radically changed his diet years ago and inhales basketball every spare moment helps him maintain his obsession and keep chasing that elusive title.

As is well known, with longevity comes more chances of failure. Paul is the only player in NBA playoff history to concede a 2-0 lead in a best-of-7 series five times. His career record of three wins and five losses in seven games is fodder for any critics who would deny his "killer instinct" -- even though he averaged a fantastic 19.3 points, 9.1 assists and 2.5 steals in those eight games is coming. No other player in NBA history has dished out more assists or stolen balls in these situations, and only Larry Bird and Jerry West have matched Paul with at least 150 points and 50 assists with at least a 45 percent off-field batting average.

Nevertheless, the many missed opportunities are more likely to be remembered - for example, last year when Phoenix lost four games in a row to Milwaukee after a 2-0 lead in the finals. Or 2018, when Paul led the Houston Rockets 3-2 against one of the best teams of all time before the point guard was injured again and Golden State lost the decisive two games on the way to their third NBA title in four years decided for himself.

With three of the initial title favorites eliminated in these playoffs, the stage seemed set for the Suns to redeem last year's loss and finally clinch the title on their fourth attempt in the NBA Finals. Phoenix also initially dominated against Dallas, Paul scored an average of 23.5 points, and the Arizona team was comfortably in the lead. Then came the infamous 37th birthday. And, to the day, the break-in at Paul and his team. Four bankruptcies from five games. It was as if everyone suddenly forgot to play basketball.

Paul couldn't get past 13 points. MVP candidate Devin Booker lost his marksmanship and composure in skirmishes with Luka Doncic, who gradually outplayed Phoenix. Center DeAndre Ayton hesitated and sulked instead of playing to his physical dominance. And Coach of the Year, Monty Williams, struggled for answers and adjustments in vain. The team revealed personnel and tactical weaknesses that one of the smallest players in the league could not absorb. Paul's game has always been more about precision and control than individual dominance and one-man show. According to media reports, he was also suffering from a hamstring injury that limited his mobility towards the end of the series. Dallas capitalized on that, attacking the battered veteran relentlessly on the defensive end and draining him for good. Without its head, the Sun's snake in the desert finally lost its bite.

The Suns star didn't want to hear any excuses and refused to answer about the injury. Instead, he reflected as usual self-critically. "It was tough. Really tough. I've been in that kind of situation so many times now. It doesn't matter if you lose by one point or 30, it's tough," said Paul, who was the hardest on himself. "I would say it's my fault. As a point guard and as the leader of this team, I have to make sure we come out and execute and take the right shots and stuff like that."

So was that the infamous Championship window for Paul, his last chance to finally win the Larry O'Brien trophy? His contract runs up to and including the 2024/2025 season. Paul would then be 40 years old. Nash, Kidd and Stockton all also played until their 40th birthdays. So a few tries remain. Phoenix should also be one of the top contenders for the title in the coming season. It cannot be assumed that Paul will then no longer be able to make a decisive contribution. "They said that last year. They probably said it back in 2008. Every time you lose, they say it was your best shot. For me, for us, next year goes straight on. I'm not going in Retirement. Let's move on."

1 Sharp criticism from the USA: Lukashenko extends the... 2 Prisoners of war without a "war": Moscow... 3 "Herz didn't cooperate anymore": Ralf... 4 Controversial revolution: cross-country skiers have... 5 Truck falls off a bridge: driver burns in truck accident 6 Outgrowths of the process: Johnny Depp fans attack... 7 Stress before the Europa League final: Frankfurt fans... 8 The day of the war at a glance: Kadyrov speaks of... 9 Stress before the Europa League final: Frankfurt and... 10 Leopard 2 for the Czech Republic: Germany supplies... 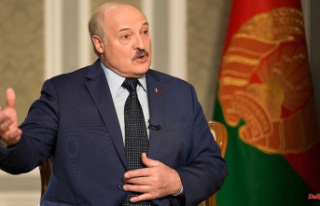 Sharp criticism from the USA: Lukashenko extends the...