Baden-Württemberg: After a dispute, the wind farm comes near Lichtenstein Castle

The approval procedures for wind turbines are long and the protests are loud. 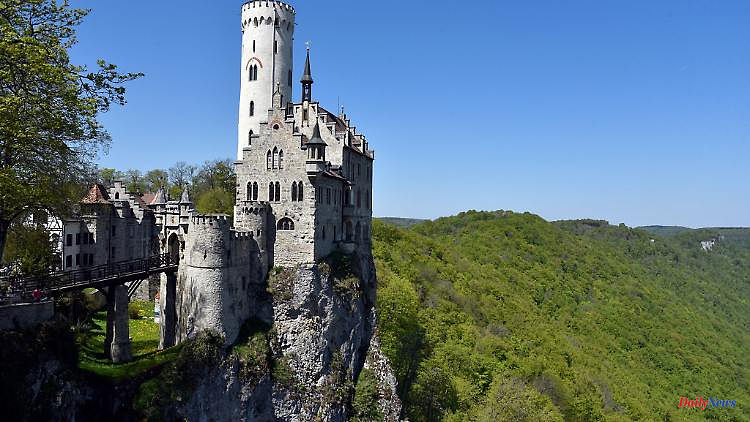 The approval procedures for wind turbines are long and the protests are loud. In the Swabian Alb, the red kite is particularly endangered, in the southern Black Forest it is the wood grouse. In the case of a wind farm in the Reutlingen district, the dispute lasted particularly long.

Reutlingen/Sonnenbühl (dpa/lsw) - The dispute dragged on for more than eight years, and now the wind farm that has been planned since April 2014 is expected to be built near the Lichtenstein castle above the Echaz valley in Sonnenbühl. The Reutlingen district office announced that the approval could be granted as things stand at the moment. "We assume that the problems can be solved," said clerk Claudius Müller of the German Press Agency. Good talks are being held with the company Sowitec.

To protect the red kite, Sowitec has undertaken to switch off the planned wind turbines from sunrise to sunset between March 1st and September 15th - until a nationwide camera-based anti-collision system is approved. Managing Director Harald Rudolph said: "We are confident that this system will even be certified up to the point of commissioning."

The company wants to build five wind turbines near Lichtenstein Castle in the Swabian Jura. In the application from 2014, there were still seven. A citizens' initiative, the Regional Council of Tübingen and the State Monuments Office spoke out against the Hohfleck wind farm early on. They argued that the effect of the castle would be affected by the wind turbines. There were thousands of objections to the project. Applications were rejected, objections rejected, then the Sigmaringen Administrative Court and finally the Administrative Court dealt with the case for several years.

There was a long argument about the sensitive red kite. How many of these endangered birds live within a 2-mile radius of the wind turbines? Reports from the respective sides did not come to a common denominator. "The results differed from each other," explains Müller. years passed.

At the end of last year, the state government set the first course so that wind power in the state can be expanded more quickly and significantly more. Greens and CDU want to at least halve the time for planning and approval of wind turbines from the current seven years. According to the coalition, between 2016 and 2021, 645 objection proceedings regarding wind turbines were pending at the regional councils. Such a procedure currently takes at least a month, but sometimes several years. The average is about one year.

The green-black coalition has set itself the task of building 1,000 wind turbines on two percent of the state. At least half of these are to be created in the state forest. Prime Minister Winfried Kretschmann (Greens) had admitted that the goal would not be achieved in this electoral term until 2026. In addition, Baden-Württemberg wants to catch up with the expansion of wind power by largely abolishing the right to object to the approval of wind turbines. The plans, which are due to come into force in autumn, concern wind turbines with a total height of more than 50 meters. However, the lawsuit remains open.

An opponent of the wind farm, the nature conservation initiative, explained through her lawyer Stephan Spilok that the length of the procedure was "due to inadequate application documents, a lack of or insufficiently qualified staff or attempts to plan in highly valuable natural areas contrary to applicable law". Wind turbines are serious interventions in habitats, especially in the forest.

In Baden-Württemberg, three wind turbines were set up in the first three months of this year, compared to 28 last year. At the end of 2020, 731 turbines were in operation in the southwest.

Actually, the Administrative Court (VGH) in Mannheim should finally decide on the wind turbines on the Swabian Alb. But last week he referred the case back to the Reutlingen district office - with the proviso that this authority had to decide on the approval. "It's not that we're incapable and that Sowitec is unwilling, it's that the legal and technical hurdles are too high," said the head of the regulatory department, Müller. Above all, the nature conservation law must be improved. The judgment of the VGH is not yet final (Az.: 10 S 848/21). The appeal was denied.

1 Baden-Württemberg: Wolfgang Grupp from Trigema is... 2 Tom Brady will set a new record in postseason wins... 3 Baden-Württemberg: Fire in a multi-family house in... 4 Jessie Bates and the Bengals are not expected to reach... 5 Baden-Württemberg: Jagdverband: The number of partridges... 6 Shinzo Abe: How the assassination of the former Japan... 7 Galw am ostwng oed sgrinio canser y coluddyn i 40 8 who said it Uli Hoeneß!: The great amazement at Salihamidžić'... 9 A legal battle is in the near future after Elon Musk's... 10 Baden-Württemberg: Accident in Schwanau: Two people... 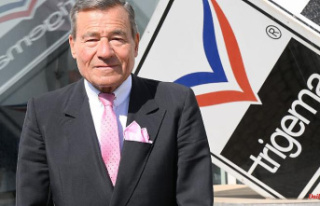 Baden-Württemberg: Wolfgang Grupp from Trigema is...