Baden-Württemberg: Back to normality: Corona vaccination, especially in practices

Stuttgart (dpa / lsw) - Almost two years ago it was possible to be vaccinated against the corona virus for the first time. Stuttgart (dpa / lsw) - Almost two years ago it was possible to be vaccinated against the corona virus for the first time. At that time, the country built up its own vaccination infrastructure for a lot of money - now it is withdrawing again and leaving the vaccination primarily to family doctors and specialists. At the end of the year, the remaining vaccination bases that had replaced the large vaccination centers will be closed, said Social Affairs Minister Manne Lucha (Greens) on Friday in Stuttgart. The mobile vaccination teams, which mainly took care of nursing homes, would no longer be needed. "We are in a significantly different situation than in the last two Corona winters," said Lucha.

Lucha again campaigned for vaccination, saying that it was still an important contribution in the fight against Corona. "Because the vaccination offers each individual the greatest possible protection against severe courses of corona disease." In order to keep a close eye on the situation, the state-funded vaccination coordinators in the districts should continue to work until March 31 next year. This would allow them to react quickly should the need for vaccinations increase again. 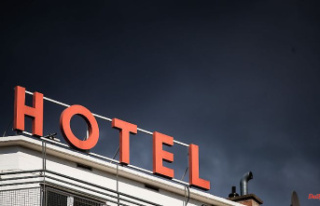 Bavaria: Accommodation tax in Munich is expected to...