Baden-Württemberg: Car on fire after a head-on collision: driver dead

Jesingen/Holzmaden (dpa/lsw) - The driver died in a head-on collision between a car and a truck on Landstraße 1200 between Jesingen and Holzmaden (Esslingen district). 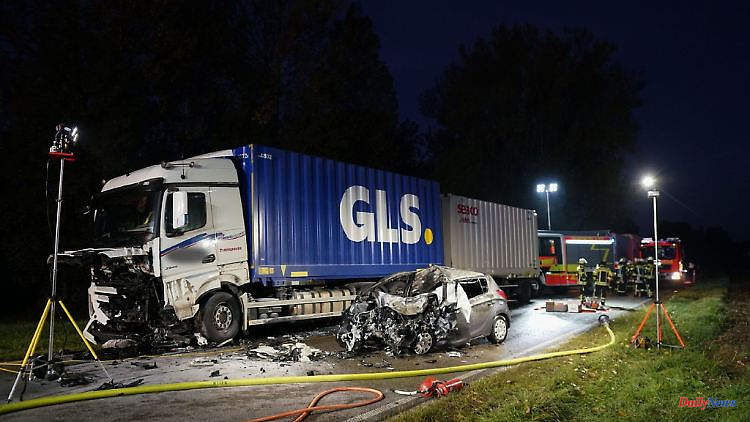 Jesingen/Holzmaden (dpa/lsw) - The driver died in a head-on collision between a car and a truck on Landstraße 1200 between Jesingen and Holzmaden (Esslingen district). For reasons that are still unclear, he got his vehicle into the oncoming lane on Wednesday morning, said a spokeswoman for the Reutlingen police. The car caught fire as a result of the collision. The driver died at the scene of the accident. Both lanes of the country road were closed on Wednesday morning. The police spokeswoman said it was not yet possible to estimate how long the full closure would last.

1 Hesse: sun and mild temperatures - individual gusts... 2 Trump speaks of "fake news": US Senate candidate... 3 Hesse: 150,000 euros in damage due to roof fire in... 4 Bavaria: climber dies after a deep fall on the small... 5 Bavaria: truck accident on the A3: road closure until... 6 Bavaria: search for causes after a fatal accident... 7 Bavaria: Sun and up to 24 degrees expected in Bavaria 8 Hessen: 70-year-old dies after a traffic accident 9 Thuringia: Unknown stole six rodents from the support... 10 Mecklenburg-Western Pomerania: Cars collide with wild... 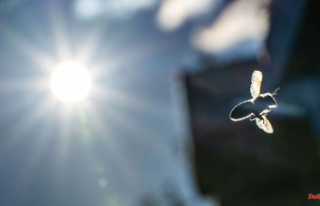