Baden-Württemberg: Caritas is entering new territory with a day hospice

Until now, the terminally ill could only choose between accommodation in a hospice or home care. 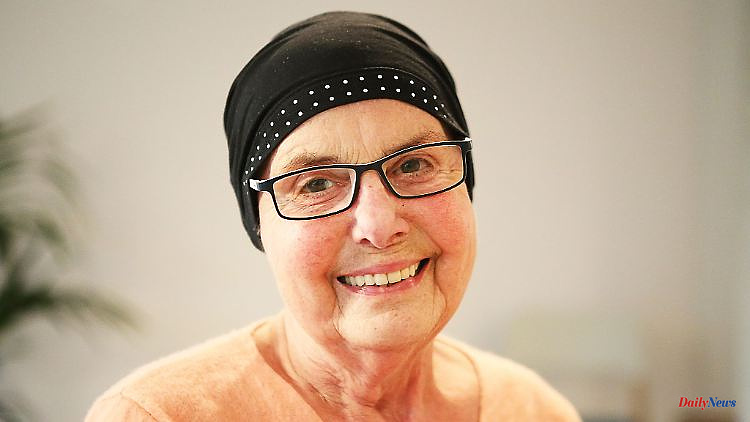 Until now, the terminally ill could only choose between accommodation in a hospice or home care. Now both are possible. According to Caritas, the first day hospice has been opened in the southwest.

Ilvesheim/Stuttgart (dpa/lsw) - "I'm fine, I'm fine here," says an elderly lady. She is not at the hairdresser or in the café, but in a hospice in Ilvesheim (Rhein-Neckar district) - her days or months are numbered. The elderly woman and a man in a wheelchair are the first guests in this very special hospice: the two come in the morning and are picked up again in the evening; so they can stay in their own four walls. This so-called day hospice expands the help network for terminally ill people in the south-west.

"The terminally ill people spend their time there during the day, receive palliative medical and psychosocial care and support until they go home in the evening," explains Petra Waßmer, head of the hospice supported by Caritas. The sick elderly woman raves about the concept: "It's a very important facility." She adds: "This is where I come to rest and get support to get better."

In addition to relieving pain and providing psychological care to guests, relieving the burden on relatives is an important aspect. These are often physically and mentally stressed, some find it difficult to reconcile work and care, says Waßmer. There are also many affected individuals who are single and that a day hospice can protect them from loneliness. Waßmer: "It's about feeling community again and experiencing something. In the day hospice there are offers that can be experienced in a new way with all the senses." The maximum of eight guests in the St. Vincent day hospice can take advantage of music, breathing and aromatherapy. The stay is financed by the health insurance company.

Caritas President Eva Maria Welskop-Deffaa recently demanded: "In addition to inpatient hospices, we need new models and ideas for living spaces in the last phase of life that strengthen the courage of the terminally ill and their relatives." She pointed to Britain, which has had day hospices since the mid-1990s. In the meantime, around 200 of these were part of the usual care for the dying. In order for day hospices to become an integral part of care in Germany, standards and quality criteria would have to be developed for offers, according to Welskop-Deffaa.

According to the Ministry of Social Affairs, Baden-Württemberg is well positioned when it comes to caring for the terminally ill. There are currently 39 inpatient hospices with 332 beds and 40 palliative care units located in hospitals. The guideline value of 50 such places per million inhabitants is exceeded, the ministry said, citing recommendations from the German Hospice and Palliative Care Association (dhpv). Even if you take other benchmarks as a basis, the southwest is in a good position: the hospice movement recommends one hospice bed for every 45,000 to 55,000 inhabitants. That corresponds to 200 to 250 beds - "with 332 beds we are well above that," says a ministry spokesman in Stuttgart.

The state has been promoting palliative care and hospice care for more than 20 years. For example, 40 percent of the fees for courses in which people working in outpatient care services receive further training would be covered. Bereavement support and new hospice places would also be funded. "There is up to 10,000 euros for each newly created hospice place," it said. In this way, 53 new places have already been supported.

Does the shortage of skilled workers in nursing affect the situation in hospices? The inpatient hospice St. Martin in Stuttgart was only temporarily closed at the beginning of December. However, the dhpv considers this to be an isolated case. "I've never heard of anything like this before," says a spokeswoman for the Berlin-based association.

In most cases, the - few - skilled workers even pushed towards the hospice because of the better working conditions and the higher staffing ratio. "The nurses have enough time there to devote themselves to the people," explains the spokeswoman. The personnel situation there is in no way comparable to that in hospitals. In the future, the problem of the shortage of skilled workers could certainly also become an issue for the hospices - "just not first of all," she says. Employees for the 1.5 jobs in the Ilvesheim day hospice were easy to find, mainly because shift work is not required of them there.

In any case, most terminally ill people prefer to stay at home or spend their last days in a hospice - "and then die in the hospital or nursing home," says the dhbv spokeswoman. According to dhbv, palliative teams are available for home care, which regularly travel to the terminally ill and look after them there. In Baden-Württemberg, around 44 of the so-called special outpatient palliative care teams (SAPV) take care of this.

1 Mecklenburg-West Pomerania: Victory in Stuttgart:... 2 Rescues from Potemkin Island: Oleksiy is the hero... 3 "Don't have time to wait": Makeiev:... 4 Trade is losing trust: the majority wants the state... 5 France's revenge for Azincourt: Kane's 'Pain'... 6 North Rhine-Westphalia: Frosty in NRW in the coming... 7 Bavaria: Many accidents in snow and frost in Bavaria 8 Baden-Württemberg: fire in a family home: three injured... 9 Saxony: fell asleep on the sofa with a cigarette:... 10 North Rhine-Westphalia: Police warns of slippery roads... 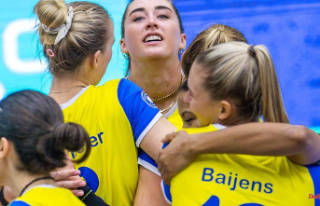