Outdoor cats roam through their territory on velvet paws. 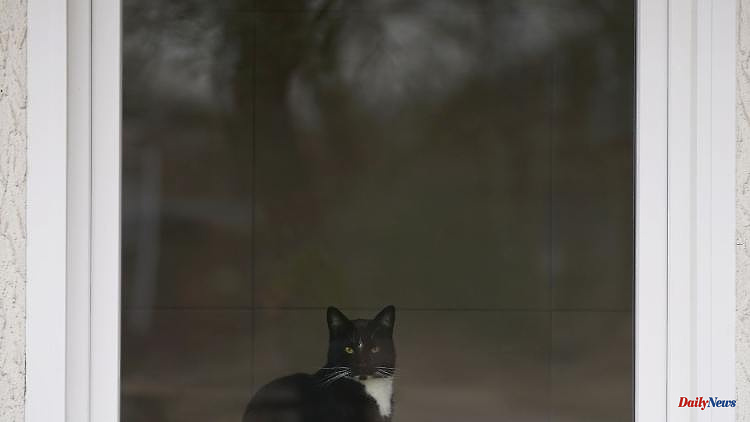 Outdoor cats roam through their territory on velvet paws. Cats whose owners give them a lot of freedom are no longer happy to be seen outside in Walldorf at certain times. An inconspicuous little bird is the reason for this.

Walldorf (dpa / lsw) - A nationwide curfew for cats in Walldorf calls both species and animal rights activists into action. The measure taken by the Rhein-Neckar district to protect the crested lark, which is threatened with extinction, is radical: cats are not allowed to roam through the breeding area in the south of the city from April to August for the next three years - unless they are attacked taken on a short leash or demonstrably do not move in areas where they could pose a danger to the rare birds. So far, four objections to the general decree have been received by the district office of the Rhein-Neckar district, which will be passed on to the regional council for a decision.

The current reason for the ban on free-roaming cats is the protection of three breeding pairs of the songbird, whose nationwide stock the nature conservation organization Nabu estimates at 1700 to 2700 specimens. If one of the brownish animals with a light chest and a smart crest is caught by escaped four-legged friends, their owners face a hefty fine of up to 50,000 euros. After all, anyone whose cat escapes the lockdown has to shell out a fine of 500 euros.

The crested lark, which is up to 19 centimeters tall, is classified in the red lists in Baden-Württemberg and in Germany in the highest endangerment category. In Baden-Württemberg there are still 60 territories whose breeding occurrences are concentrated in the area between Waghäusel, Walldorf and Ketsch in northern Baden. The justification for the controversial order reads: "Preventing the release of cats in the danger area for the duration of the time in which they would lead to a significant increase in the risk of killing crested larks is proportionate." Because, according to the decree, the crested larks are threatened with extinction, the cats are a particular danger for them and the measures are suitable, necessary and appropriate.

Hester Pommerening, a consultant at the German Animal Welfare Association, sees things differently: "The measure is completely disproportionate, illegal and cruel to animals." Species protection is an important concern, but it must not be at the expense of other animals. The Animal Welfare Act treats all animals equally. "Cats have to pay for the fact that there is less and less space and food for rare birds." With a view to the construction work in the vicinity of the Walldorf breeding area, Pommerening adds: "People have to take a good look at themselves." In 2016, six pairs would have raised their young there. Unlike the district office, she does not see all instruments exhausted. "This is how cat protection fences could be erected around sensitive breeding grounds."

The Nabu bird expert Martin Rümmler takes the side of species protection: "A young animal captured by a cat can be the nail in the coffin for the dying population." According to him, the crested larks mainly stay on the ground, where they look for food and hatch their eggs. They are easy prey for cats. But that is only part of the threat, alongside intensive agriculture, land sealing, insect deaths and pesticides, as well as foxes and martens.

Pommerening cares about the welfare of cats. If their need for freedom is suppressed, this can trigger aggressive or depressive behavior. "They can become unclean, especially if they don't know a litter box, urinate in the apartment and scratch furniture and carpets." The association woman asks: "And who is responsible for this damage?" Cat owners would have to dig even deeper into their wallets if they wanted to take their cats to an animal boarding house during the breeding season, as recommended by the district office, among other things.

After receiving the objections to the extraordinary general decree, the regional council, as the higher nature conservation authority, expects a decision to be made within a period of at least four to six weeks - the weighing up is not easy.

1 This is a great idea for a family trip. Gillardes'... 2 FDA Concerned About Link: Heart Muscle Inflammation... 3 Bavaria: 20 percent of cows and pigs die before slaughter 4 Bavaria: Man probably crushed by trailers during forest... 5 Bavaria: Mother and daughter suffer from carbon monoxide... 6 Bavaria: Two seriously injured in a head-on collision... 7 Roland Garros. The poster of the Day: Swiatek-Gauff,... 8 Hesse: motorcyclist died after an accident at the... 9 "Losses currently comparable": Kyiv expects... 10 Mecklenburg-Western Pomerania: Head of the Buga Committee:... 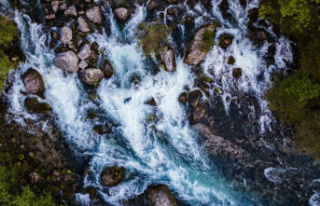 This is a great idea for a family trip. Gillardes'...