Already done with local asparagus? Some farmers shut down their fields before the end of the season. 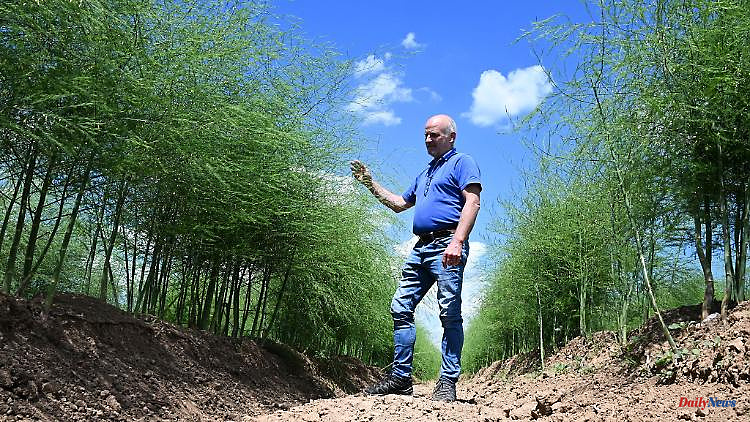 Already done with local asparagus? Some farmers shut down their fields before the end of the season. Out of frustration. Strawberries are no better. But some farmers are inventive.

Bruchsal (dpa / lsw) - Due to a massive drop in prices, many asparagus farmers in the southwest herald the end of the season earlier. The asparagus season traditionally ends on St. John's Day (June 24). "Many producers still have the price shock in their limbs that they experienced in the trade and have removed their systems from the harvest earlier," reports Simon Schumacher, Chairman of the Association of Southern German Asparagus and Strawberry Growers.

There will still be enough local asparagus in direct marketing, at stalls and in farm shops. In retail, however, it is likely to become scarce, and prices could rise accordingly, Schumacher estimates. The fruit and vegetable sales cooperative Nordbaden (OGA) can already only supply small quantities to food retailers and fruit and vegetable dealers, said Managing Director Hans Lehar.

Despite the best quality and good harvest, the asparagus season was not satisfactory, Schumacher regretted. The situation is similar with strawberries. Asparagus and strawberry farmers expect sales to drop by up to 30 percent. Last year around 10,000 tons of asparagus were harvested in Baden-Württemberg.

The triggers were inflation and fears as a result of the Ukraine war. "Asparagus stands for enjoyment, less was bought," says Schumacher. Trade reacted to this with massive imports at ridiculous prices. "We can't keep up with wage costs in Morocco of just over one euro." With a minimum wage of almost ten euros, the costs in Germany are much higher than in Italy, where there is no minimum wage, Spain (6.06 euros per hour) or Greece (3.83 euros).

Because the income no longer covered the costs, according to Schumacher, a number of farmers "rightly acted rigorously" and stopped harvesting. Asparagus is already shooting up in many places. In the case of strawberries, some self-pickers are left on the fields. Some farmers, like Niko von Mentzingen in Neuenstadt, have made a virtue out of necessity: He made chips out of fresh strawberries and wants to pass on leftover asparagus to the industry. Others also process the sweet fruits into secco or jam.

"If strawberry cultivation is no longer worthwhile, we have to stop," said Franz Josef Müller, President of the State Association of Commercial Fruit Growers in Baden-Württemberg (LVEO) to the news portal BW24. The increasing expenses and the simultaneous lower demand for regional strawberries would put a massive strain on the fruit growers. 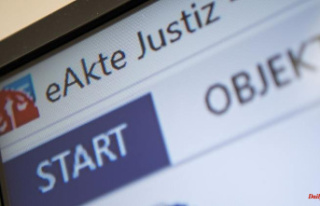 Baden-Württemberg: Electronic files are gaining in...