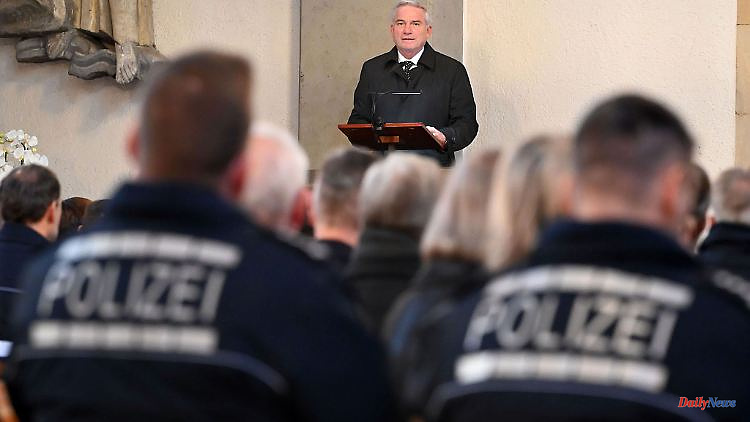 Bruchsal (dpa/lsw) - Interior Minister Thomas Strobl commemorated the police officers killed on duty in the country at an ecumenical commemoration ceremony in Bruchsal (Karlsruhe district). "We keep in vivid memory all those who lost their lives while they stood up for the protection of the lives of others," said the CDU politician on the occasion of the commemoration on Sunday in the city church "Unsere Liebe Frau".

Strobl shows how high the risk for police officers is every day, not least the double murder of police officers at the beginning of the year in the Rhineland-Palatinate district of Kusel, where a police officer and a police officer were shot dead during a traffic check. "All the more reason why the dangerous protection task that our police have to fulfill deserves all of our respect and recognition," said Strobl.

In the past two years, the commemoration had to be canceled due to Corona. Otherwise, the police in Baden-Württemberg commemorate their colleagues who died on duty or died in an accident every year on Totensonntag with a commemoration ceremony and a nationwide minute's silence in the presence of relatives.

According to the ministry, there have been 84 people since the end of the Second World War. Their names are immortalized on a glass stele by the artist Raphael Seitz. The stele is intended to be a visible symbol of remembrance and admonition. Most recently, a police officer died on duty in Baden-Württemberg in 2013. The Ministry of the Interior aligned the commemoration with the church service in the police and the police headquarters in Karlsruhe. 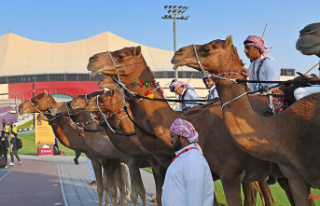