For three years, Tamara Elbl was Württemberg Wine Queen because of the Corona break, now she has a successor: the new monarch of the wineries is called Carolin Häußer. 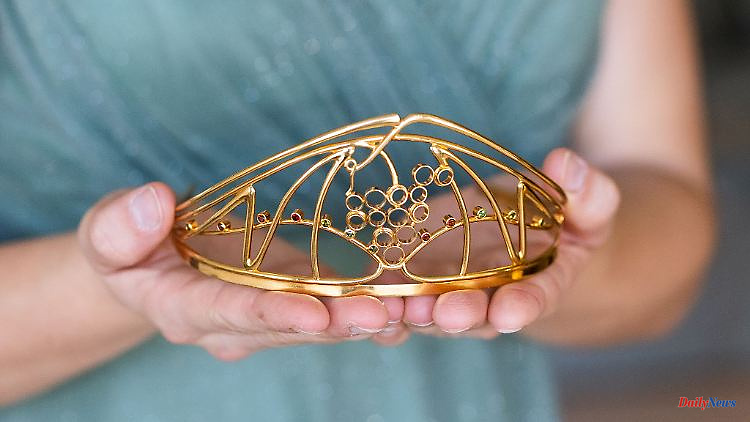 For three years, Tamara Elbl was Württemberg Wine Queen because of the Corona break, now she has a successor: the new monarch of the wineries is called Carolin Häußer. For a year she will advertise the drops from Württemberg. At least.

Pfedelbach (dpa / lsw) - After three years, Württemberg has a new wine queen. 27-year-old Carolin Häußer from Winnenden prevailed against four other applicants in the election on Thursday evening in Pfedelbach (Hohenlohe district). She will represent the Württemberg wine for twelve months. She is supported by the wine princesses Birthe Meseke (24) from Stuttgart and Lisa-Marie Blatt (25) from Brackenheim. In the evening, a total of five young women had hopes for the crown and successor to the previous wine queen, Tamara Elbl. As always, in addition to knowledge of wine and viticulture, the appearance of the candidates was also decisive in the election.

The new wine queen from Winnenden is practically a specialist: since completing her studies in international wine management at Heilbronn University, she has been working as a marketing manager in the family winery. As the wine queen, she wants to make the culture of the wine-growing region approachable and accessible, the association said.

Her predecessor, record monarch Tamara Elbl, is already giving her one or two tips for the year with the crown: "She should keep her eyes and ears open and absorb these moments," said the 24-year-old before the election. "She doesn't have to focus so much on any big events, but really take every appointment, no matter how small, and enjoy it." The new wine queen should also get to know the large wine-growing region with all its facets and get into conversation with the producers. "It's very enriching," Elbl told dpa.

In the coming year, Carolin Häußer, as the wine queen, will represent the vintners of Württemberg at more than 200 events. With almost 11,500 hectares of vineyards, the red wine region of Württemberg between Reutlingen and Bad Mergentheim is one of the four largest German wine-growing regions. The most common grape varieties include the Swabian specialty Trollinger in the red wines Schwarzriesling, Lemberger and Pinot Noir. The white plants are mainly Riesling, Müller-Thurgau, Silvaner, Pinot Gris and Kerner. 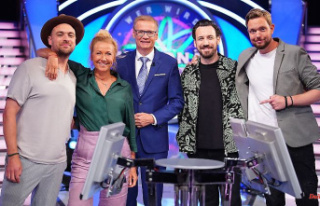