Baden-Württemberg: First trains between Wendlingen and Ulm on the way

Wendlingen (dpa/lsw) - After ten years of construction, the first trains are in regular operation on the new line between Wendlingen and Ulm in Baden-Württemberg. 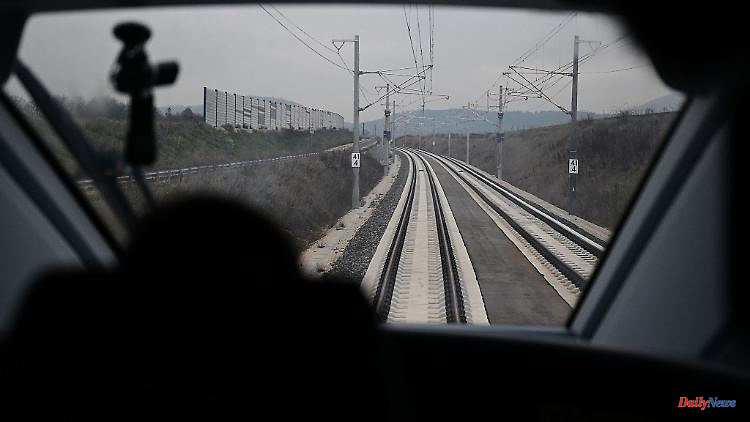 Wendlingen (dpa/lsw) - After ten years of construction, the first trains are in regular operation on the new line between Wendlingen and Ulm in Baden-Württemberg. With the timetable change, the first regional train left Wendlingen at 0.24 a.m. on Sunday, and the first train from Ulm left at 0.29 a.m. via the new route to Wendlingen. The first long-distance train followed a few hours later. The ICE 991 left Stuttgart at 7.15 a.m. in the direction of Ulm and arrived around 8 a.m. He was about a quarter of an hour faster than on the previous route.

Trains are now to travel at top speeds of 250 kilometers per hour over the sometimes steep route, thereby also reducing travel times to Munich and Stuttgart. Half of the 60-kilometer track runs through newly built tunnels.

For the first time, the new regional stop at Merklingen has also been headed for. The journey time is also reduced on several connections. In addition, regional trains run every hour between Ulm and Wendlingen at a speed of 200 km/h. An ICE runs once an hour in both directions on the new line. According to Bahn, with it there is an improved daily offer between Stuttgart and Munich by around 20 to 90 trips. If the Stuttgart underground station with its connections goes into operation in 2025, the journey time between Stuttgart and Ulm should be around half an hour shorter.

1 Baden-Württemberg: Böhlen: Ministry of the Interior... 2 Baden-Württemberg: Caritas is entering new territory... 3 Mecklenburg-West Pomerania: Victory in Stuttgart:... 4 Rescues from Potemkin Island: Oleksiy is the hero... 5 "Don't have time to wait": Makeiev:... 6 Trade is losing trust: the majority wants the state... 7 France's revenge for Azincourt: Kane's 'Pain'... 8 North Rhine-Westphalia: Frosty in NRW in the coming... 9 Bavaria: Many accidents in snow and frost in Bavaria 10 Baden-Württemberg: fire in a family home: three injured... 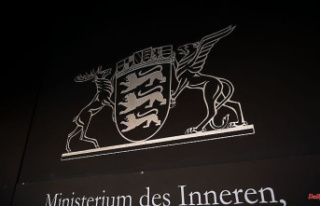 Baden-Württemberg: Böhlen: Ministry of the Interior...