Women caught off guard by their period can find themselves in a very awkward situation if they don't have pads or tampons handy. 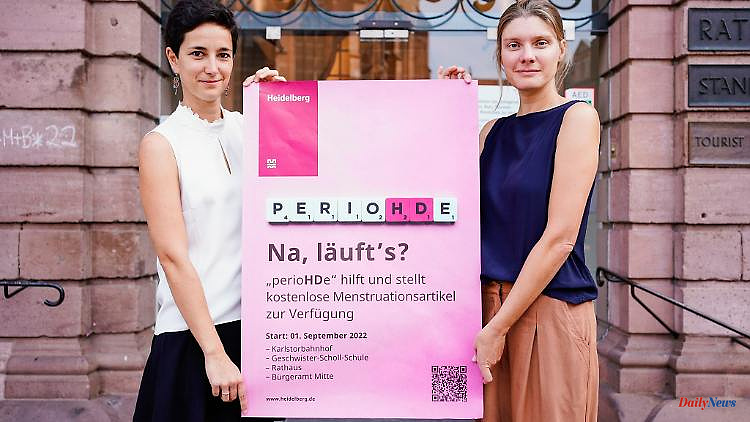 Women caught off guard by their period can find themselves in a very awkward situation if they don't have pads or tampons handy. Some cities across the country are coming to the aid of women and girls with free services.

Karlsruhe/Heidelberg (dpa/lsw) - The purchase of tampons and pads costs a woman a lot of money - costs that men do not have. Some municipalities in the south-west are counteracting this lack of gender equality: in Karlsruhe and Heidelberg, women and girls will receive free pads and tampons as part of pilot projects from September. In Tübingen, there have been a total of 23 pad and tampon dispensers in schools and public buildings and in two public toilets since the beginning of the year.

Starting this school year, the city of Karlsruhe wants to make menstrual products available free of charge to a high school, a municipal office and all youth centers for a year. In Heidelberg, free menstrual items will be made available in wooden boxes from the beginning of September at four locations: the town hall, the Bürgeramt Mitte, a community school and a cultural center. The offer, which is initially limited to one year, is estimated at 20,000 euros. An evaluation of the project is planned in both cities.

In Tübingen, free hygiene articles are offered in the town hall, in the town library, in the town museum and in the Hölderlin tower. The establishment of the hygiene article dispensers went back to applications from the SPD municipal council group and the youth council. The city charges 10,000 euros a year for this service.

As the first national government, the Scots have enshrined in law free access to tampons and sanitary napkins from mid-August.

The city of Heidelberg refers to the so-called period poverty; it makes it difficult for low-income women to participate equally in social and public life because of the cost of hygiene items. According to a British survey, women spend an average of around 500 euros a year on their periods. Menstruation continues to be a shameful topic in Germany, especially for girls and young women - the perioHDe project aims to help break this taboo.

Young women who are surprised by their periods do not dare to ask other women or girls for pads or tampons, says Nicoline Erichsen. The employee in the department of gender equality in the city of Heidelberg adds: "All women have already felt that the topic is not normal enough."

Marie-Luise Löffler, the university city's Equal Opportunities Commissioner, explained that the offer, initiated by the Greens and Left parties in the Heidelberg municipal council, is aimed at women who spontaneously need it. However, if large quantities are taken at once, another form of offer must be considered.

Pro Familia welcomes the commitment of the cities. There must be equality in the distribution of the costs of menstrual items. "In the course of a lifetime, large sums are accumulated that only the women are left with," complained state manager Gudrun Christ.

A majority of the German population would support free menstrual products in public buildings. In a representative survey conducted by the YouGov opinion research institute, 66 percent of those questioned were in favor of giving menstruating people free access to items such as tampons or pads in community centers or pharmacies. 18 percent reject this, 16 percent of those questioned made no statement. 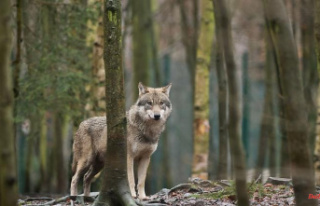