Karlsruhe/Ludwigsburg (dpa/lsw) - Regional trains along the tourist destinations in Baden-Württemberg were also heavily used by passengers on Pentecost Sunday. 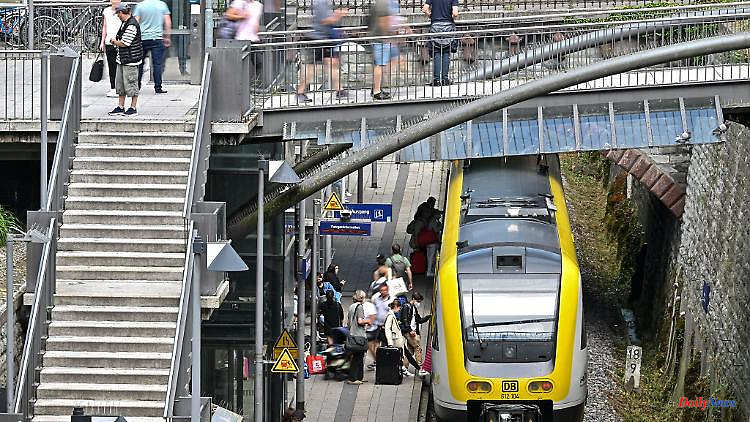 Karlsruhe/Ludwigsburg (dpa/lsw) - Regional trains along the tourist destinations in Baden-Württemberg were also heavily used by passengers on Pentecost Sunday. According to information from Deutsche Bahn, demand was at a similarly high level as on Saturday. The reasons for the strong demand are the public holidays and the introduction of the 9-euro ticket. According to on-site observers, the RE2 from Karlsruhe via Offenburg to Constance was totally occupied. A few travelers stood in the door area, and the bicycle compartment was also very full. Most of the bikes were loaded with bags and tents.

The Residenzschloss in Ludwigsburg had introduced a tally for visitors over the Pentecost weekend. In it, people should voluntarily enter whether they traveled with the 9-euro ticket and from where. "For around 250 participants in our tours, 25 dashes were noted on our tally sheet. We get around 10 to 15 percent of visitors with a 9-euro ticket - although Saturday doesn't feel like the classic family day out," said the head of Ludwigsburg Palace Administration Stephen Hurst on request. "I found it exciting where the guests came from: Stuttgart, Karlsruhe, Mutlangen, Verden, Göttingen, Herdecke to Venlo in the Netherlands," said Hurst.

With the Deutsche Bahn discount campaign, travelers can use local public transport throughout Germany in the months of June, July and August. The Pentecost weekend was considered the first test for this campaign. 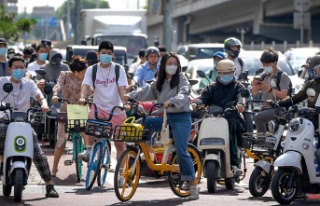 Tested in the office and restaurant: Beijing relaxes...