Baden-Württemberg: Halloween spectacle in Durmersheim is being massively expanded

Marcel Lang can rightly be called a Halloween nerd. 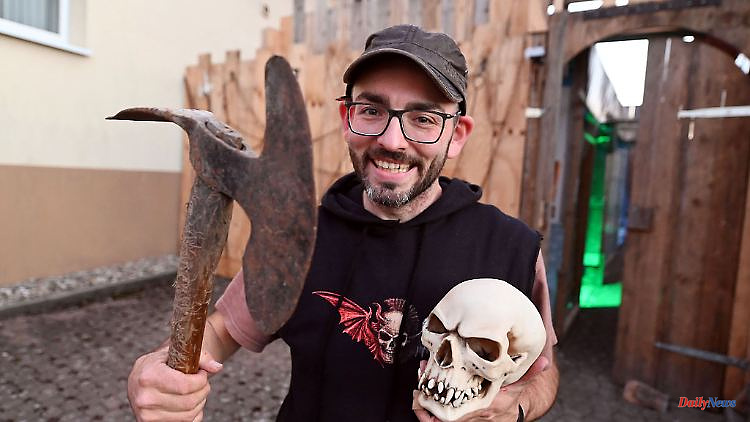 Marcel Lang can rightly be called a Halloween nerd. For years he has been turning his house into a chamber of horrors at the end of October. Now the horror reaches a new dimension.

Durmersheim (dpa/lsw) - Halloween fan Marcel Lang from Durmersheim (Rastatt district) wants to scare his guests with a large-scale scary spectacle at the end of October. While he previously redesigned his house accordingly, Lang has now founded a company and wants to use an 800 square meter area on a club site this year. For three evenings he is planning the "Halloween Horror Nights 2022" from October 29th to 31st.

The energy crisis cannot stop the event with all sorts of technology, which is also supported by light and sound effects: "My heart is so attached to Halloween, energy prices can still rise," said Lang of the German Press Agency. In order for the whole thing to work mathematically, however, he charges a few euros for admission.

320 Euro pallets with material are already ready, says Lang. He and his team had about a week and a half to set up the equipment. A 400 square meter marquee provides rain protection.

In addition to a "scary cabinet" for children, the focus should be on "Asylum": a kind of sanatorium for the mentally ill with a 1970s look, including a discarded operating chair. The audience is guided room by room until they meet "the professor's failed attempts" in a "zombie arena", as Lang reveals.

He not only works with light and decorative material such as skeleton parts. Real people play on the site. Lang is still looking for actors via his website www.eventtastisch.de. In addition, other helpers are needed, for example for making up and selling drinks, as Lang says. "Even single days are possible."

The festival of Halloween goes back to Celtic-Irish traditions. It is celebrated on October 31st. The name derives from the English term "All Hallows' Eve". The Catholic feast of All Saints' Day is celebrated on November 1st.

In recent years, the custom of decorating houses and front gardens has spread in Germany. Sometimes this happens to an exuberant degree with creepy things like ghosts, blood and spiders. 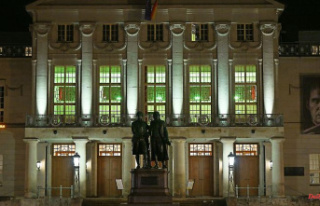