Stuttgart (dpa/lsw) - Baden-Württemberg is preparing to build new wind turbines in the state forest in order to reduce the backlog in the expansion of wind power. 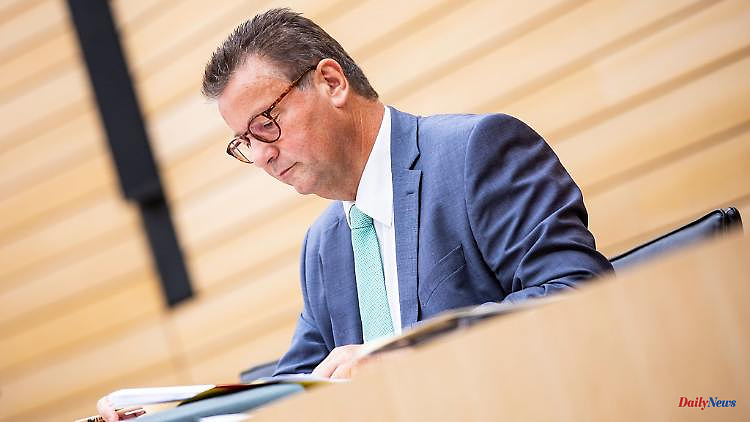 Stuttgart (dpa/lsw) - Baden-Württemberg is preparing to build new wind turbines in the state forest in order to reduce the backlog in the expansion of wind power. In a third process, investors can apply for areas for wind turbines in the state forest. Forest Minister Peter Hauk announced on Friday that there could be space for up to 39 new wind turbines on a total of almost 1,200 hectares. ForstBW will offer the areas from next month. As part of a summer tour, the CDU politician visited the Burgberg wind farm near Crailsheim (Schwäbisch Hall district).

In the first year, around 2,800 hectares of land for wind turbines was put out to tender in two tranches. That corresponds to around 3900 soccer fields. In order to speed up the sluggish approval process for new wind turbines, Hauk is promoting a selection of compensation areas. This is intended to shorten procedures. "We have to break new ground in the approval process so that we can speed up the expansion of wind power."

Up to 1,000 new wind turbines are to be built in Baden-Württemberg in the coming years, at least half of them in the 300,000-hectare state forest. That's what the coalition agreement between the Greens and the CDU says. However, Prime Minister Winfried Kretschmann (Greens) has already admitted that the goal will not be achieved in the current electoral period until 2026. The main issue is the prerequisites for expansion. Green-Black wants to at least halve the time for planning and approval from the current seven years.

There is a need - and urgency is required. According to the German Wind Energy Association and the VDMA Power Systems trade association, only five new wind turbines were installed in the southwest in the first half of the year. At the end of March around 760 wheels turned in Baden-Württemberg.

1 Saxony-Anhalt: temperatures are again close to the... 2 Saxony-Anhalt: Roseninsel ferry out of service due... 3 Saxony: risk of forest fires is increasing: the highest... 4 Schlotterbeck causes laughter on the team evening... 5 Bavaria: Nuremberg Ice Tigers plan without ice hockey... 6 “Some ships have been in the German Bight for about... 7 Military maneuvers: Taiwan crisis: China imposes sanctions... 8 Nuclear weapons: UN: North Korea prepares first nuclear... 9 "The resistance will be even stronger than in... 10 Naturalization: Bayern guard Weiler-Babb is now playing... 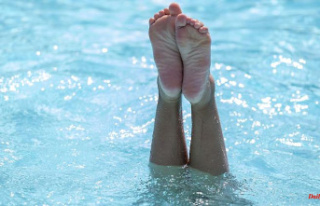 Saxony-Anhalt: temperatures are again close to the...