Rettigheim (dpa / lsw) - Several people were injured in a car accident during a chase in Rettigheim (Rhein-Neckar district).

Rettigheim (dpa / lsw) - Several people were injured in a car accident during a chase in Rettigheim (Rhein-Neckar district). According to the police, a 22-year-old driver evaded a police check on Friday evening and fled his car at high speed from the officers. His vehicle then collided with a waiting car at a red light. Several people in the stationary vehicle were injured in the collision. They came to hospitals for treatment. After the accident, the perpetrator fled again - now on foot. The police used helicopters to search, and the 22-year-old was finally found in a fast-food restaurant. It is still being determined why he fled from the police. 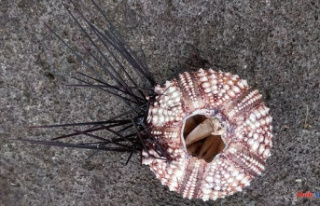 In Guadeloupe, the "massive" mortality of...