Baden-Württemberg: Kretschmann wants funding for change in the automotive industry

The Prime Minister traveled to Brussels with the heavyweights of the domestic automotive industry and a number of concerns in tow. 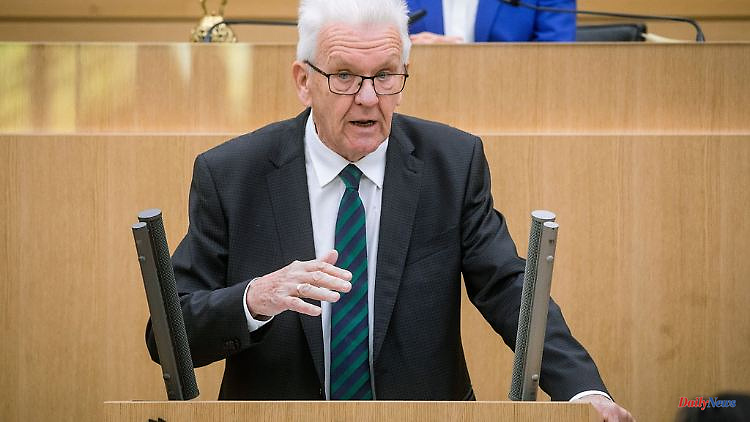 The Prime Minister traveled to Brussels with the heavyweights of the domestic automotive industry and a number of concerns in tow. However, a central concern initially met with little response.

Brussels/Stuttgart (dpa/lsw) - The state of Baden-Württemberg is also relying on new rules at EU level for the upheaval in the automotive industry. "Today we are competing with regions that can offer massive state support," said Prime Minister Winfried Kretschmann (Greens) on Wednesday in Brussels. But there is no point in weakening the location of Baden-Württemberg first in order to then become active here as well.

The country is therefore calling for a realignment of EU structural funding, which was previously intended primarily for economically weak regions. The focus should also be on the industrial centers that are in the midst of upheaval. This also includes the southwest and currently sees itself lagging behind other regions, especially when it comes to new settlements. However, a strong Baden-Württemberg is important for Europe, said Kretschmann.

On Wednesday, Kretschmann met with the board members of Mercedes, Bosch and Porsche as well as EU Internal Market Commissioner Thierry Breton for a "Strategy Dialogue for the Automotive Industry" in Brussels.

In the subsequent press conference, Breton did not react directly to Kretschmann's demands. But you might have to think about additional funding for further training measures, he said. Otherwise, Breton spoke mainly about the EU goal of bringing only emission-free new cars onto the road by 2035.

Baden-Württemberg is a strong location, but one that is in transition, said Kretschmann. He also warned against bureaucratic over-regulation in the EU. Instead, one must create innovation-friendly framework conditions and an "enabling culture". "If we want to hold our own in global competition, we have to step it up a notch." The expansion of the European charging infrastructure and an infrastructure for hydrogen is central.

Mercedes boss Ola Källenius, Bosch boss Stefan Hartung and Porsche procurement director Barbara Frenkel traveled to Brussels with Kretschmann. Above all, the planned introduction of the new Euro-7 emissions standard from July 2025 was burning under the nails of the group bosses. The regulation came at too short notice, said Källenius to Breton - there are also legal uncertainties that urgently need to be resolved. Superficially it's about details - but about those that could mean the end for individual product classes.

However, the EU plans to only put emission-free new cars on the road by 2035 did not meet with much criticism from business representatives in the south-west. In any case, Mercedes plans to only sell e-cars in some regions by the end of the decade, said Källenius. Porsche board member Frenkel reiterated her company's position that e-fuels are needed in addition to e-mobility.

Criticism of the event came from the environmental association BUND: "We miss a discussion about how mobility has to develop worldwide in order to meet the requirements of climate protection," said Sylvia Pilarsky-Grosch, head of the Southwest region. It has not yet arrived in Baden-Württemberg that simply changing the drive system will not suffice. E-cars also require space, resources and energy to manufacture. "If the automotive industry is not to further fuel the climate crisis, we must consider how not only the product but also the production method can be made climate-neutral." 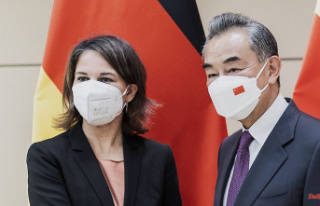