Baden-Württemberg: Kreuzer extends the KSC: And wants to reduce the squad

Karlsruhe (dpa/lsw) - Sporting director Oliver Kreuzer has extended his contract with Karlsruher SC, which expires at the end of the season, until June 30, 2025. 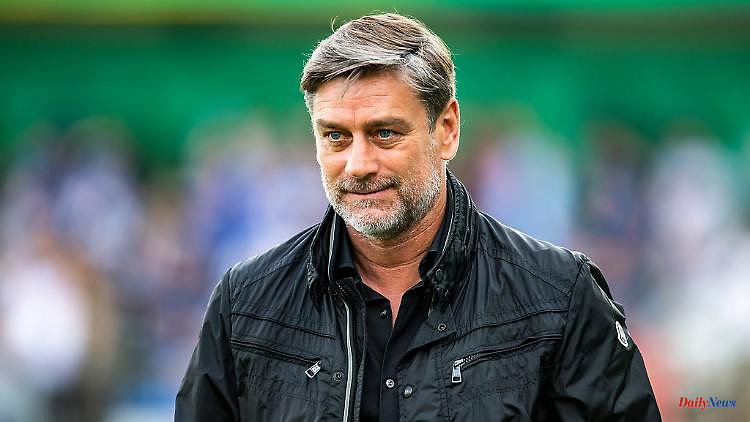 Karlsruhe (dpa/lsw) - Sporting director Oliver Kreuzer has extended his contract with Karlsruher SC, which expires at the end of the season, until June 30, 2025. In addition, he would like to reduce the squad of the second division soccer team in the current transfer period.

"With the resurgence in 2019 and staying up three times since then, we have achieved our sporting goals in the last four years," said Kreuzer in a statement from the club on Monday. "At the same time, we are also continuously developing the sporting area of ​​the KSC in terms of personnel and infrastructure in order to remain competitive and lay the foundation for a successful future." Kreuzer was sporting director of Badener from 2011 to 2013 and returned to them in December 2016 after stints at Hamburger SV and TSV 1860 Munich.

The current professional team of KSC wants to rebuild Kreuzer until the end of the change period. "Our squad currently has 31 players. We would therefore like to give up one or two more players," said the 56-year-old of the German Press Agency. "Luca Bolay, Felix Irorere and Kilian Jakob are among the candidates who come into consideration. If another player comes to us who, in his opinion, has too little playing time, we are certainly willing to talk. If all the players are fit, we are we're a bit overstaffed in central defence."

Due to numerous injury-related absences, KSC had stepped up their defense in the course of the summer and brought in Florian Ballas from Erzgebirge Aue and Stephan Ambrosius from Hamburger SV, among others. As soon as the injured Christoph Kobald and Daniel O'Shaughnessy are ready for action again, the battle for places in defense escalates again. "According to the current status, no more additions are planned," Kreuzer continued.

1 Hesse: manslaughter trial against ex-policeman: acquittal... 2 New minimum wage: What will change for mini and midi... 3 Comparison with gas: How much cheaper is heating with... 4 Chemicals, pesticides, algae?: What we know about... 5 North Rhine-Westphalia: Possible danger of collapse:... 6 Saxony: Köpping is pushing for a hardship fund because... 7 Saxony: collision with e-scooter: pedestrian seriously... 8 Hesse: process of serious bodily harm: victim nursing... 9 Hesse: Woman hit when fleeing the police: custody 10 Hesse: Verdi puts pressure on in conflict with university... 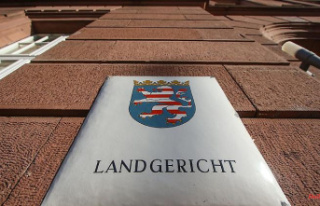