Tropical fish need warm temperatures, as do reptiles and orangutans. 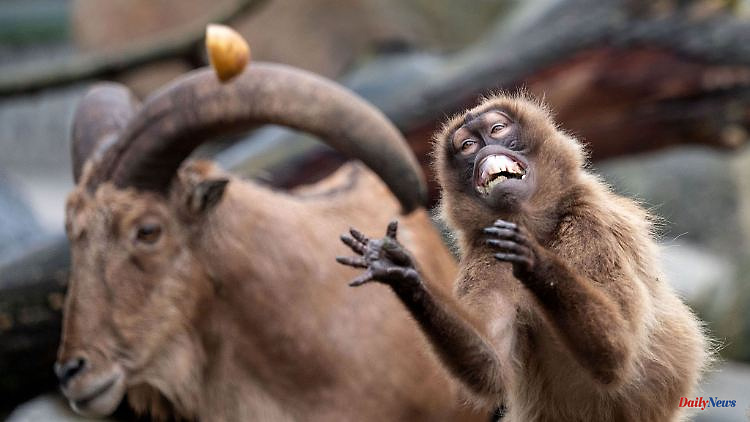 Tropical fish need warm temperatures, as do reptiles and orangutans. Zoos need to heat the aquariums, terrariums or animal houses. The energy crisis is fueling costs after an already stressful Corona period. How are zoos in the country reacting?

Karlsruhe/Stuttgart (dpa/lsw) - The energy savings in the zoos in Baden-Württemberg are not as extreme as the zoos in Dortmund and Dresden. The city in the Revier pulled the emergency brake and closed the Amazon house in need of renovation at the end of the year because energy costs had exploded. Dresden's zoo is closing the very popular terrarium earlier than planned. In Karlsruhe, Heidelberg and the Wilhelma in Stuttgart, on the other hand, it was unanimously said that although savings had to be made, here and there the admission prices were also rising slightly. But neither houses should be closed nor animals given away.

And the visitors? Will they stay away? Is a visit to the zoo too expensive for them at a time when they have to save where they can? And of all things after a long Corona phase, in which far fewer visitors came to the zoos and the financial situation is sometimes precarious.

"No, I don't think that visitors save with us - and of course I don't hope so either," said Marcus Rügamer, managing director of the wildlife park in Bad Mergentheim (Main-Tauber district). "Above all, our guests cancel their vacation trips. They may go abroad less, but they have to go somewhere during the holidays." This has been the case in every crisis year so far. "We don't have a bad feeling this year and we're not sticking our heads in the sand."

The wildlife park is increasing its admission prices from 13 to 14 euros per visit. "I hope that doesn't have a negative effect," said Rügamer. "But the electricity costs have almost tripled. And you can calculate what we have to pay for 300,000 kilowatt hours of consumption."

The Association of Zoological Gardens is also hoping: "We've noticed that people love zoos, which is why the number of visitors is increasing again for many of our 56 German members," said Managing Director Volker Homes. He is convinced that even moderate price increases will be accepted: "That's also the case with higher prices in the supermarket and at the cinema box office, as long as it remains proportionate."

It sounds similar in Heidelberg, where admission prices will increase by an average of 3 percent at the beginning of the main season on March 1, 2023. "They were also regularly adjusted to increased costs in the past," said Jana Mechler from the Tiergarten in Neckarstadt. With the next increase, the sharply increased costs would only be passed on to visitors to a small extent. "We hope that the very moderate price increase will not lead to falling visitor numbers."

In the Wildparadies Tripsdrill, adult guests have had to pay one euro more for their online ticket since November 7 (previously 13 euros). Justification here too: higher prices for electricity and feed, maintenance and personnel. "Since this is a moderate price adjustment, we do not assume that this will affect our number of visitors," said Birger Meierjohann, spokesman for the amusement park in Cleebronn. There is also a high value for the entrance fee. As a wildlife park with animal species from Europe and North America, Tripsdrill does not need heated animal houses or winter quarters. "Basically, we are therefore not affected by cost increases in the energy sector to the same extent as zoological institutions with species from tropical latitudes," said Meierjohann.

The energy crisis is bitter for the Wilhelma in Stuttgart. The number of visitors increased slightly last year to almost one million guests. As a state-owned operation, the zoological-botanical garden was twice dependent on millions of dollars in financial injections from the state budget during the Corona years in order to be able to look after the animals during the lockdown. Like other zoos, Wilhelma is currently saving electricity: the light only comes on via a motion detector when someone actually comes into the room. There is no hot water in the toilets and the temperatures in all buildings have been lowered "without endangering the workforce, animals and plants," said Wilhelma spokesman Harald Knitter. "How the interplay of cost increases and reductions in consumption affects the bottom line cannot currently be expressed in figures," he said.

But one thing is clear: Nothing will be blocked, given up or closed. "Wilhelma's tasks, such as protecting biodiversity, should not be restricted by drastic measures such as the sale of animals or plants or the reduction of the staff who look after them," said Knitter. Higher admission prices are "not currently planned".

In the municipal zoo in Karlsruhe, visitors will only have to pay a little more for admission from 2024: This is not related to the general increase in costs, but was planned by the municipal council well in advance, said a spokeswoman. She assured: "Despite the current situation, there will be no change in plans." So far, the costs for electricity and district heating have not weighed on the zoo because it is a major customer and can rely on stable prices. "However, this may change in 2023," said the spokeswoman. In addition, the construction costs, for example for the African savannah, are very high, further investments are sometimes significantly delayed and the additional costs have to be covered with third-party funds and donations.

The people of Karlsruhe do not see any other opportunities to save money by keeping pandas, sea lions and other animals: "There are no savings when it comes to animal husbandry," it says clearly. "No animals are given away, and the heaters in the animal houses, for example, cannot be turned down either." Savings are made elsewhere: the lighting in the zoo has already been almost completely switched to LED, all new buildings and conversions have been optimized in terms of energy, there are photovoltaic systems and further PV systems are planned. 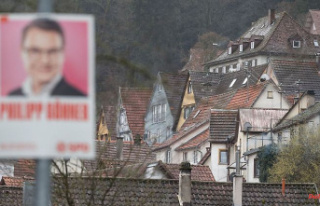