Baden-Württemberg: SPD and FDP: examine the Strobl affair in the sub-committee

Now the opposition is bringing out the heaviest parliamentary artillery in the Strobl affair: a committee of inquiry is to examine the disclosure of a letter from a lawyer. 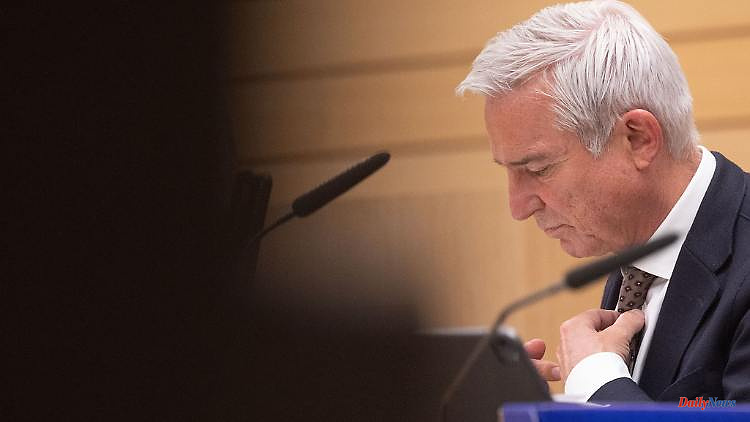 Now the opposition is bringing out the heaviest parliamentary artillery in the Strobl affair: a committee of inquiry is to examine the disclosure of a letter from a lawyer. But it's about much more.

Stuttgart (dpa / lsw) - The state parliament is working on the affair surrounding Interior Minister Thomas Strobl (CDU) and a lawyer's letter he pierced in a committee of inquiry. The factions of the SPD and FDP decided on Tuesday, as the German Press Agency learned. The committee is also to look into promotion practices and the issue of sexual harassment in the police force. The state parliament should already deal with the topic on Wednesday.

The CDU politician and Deputy Prime Minister Strobl is under massive pressure because he forwarded a letter from a high-ranking police officer's lawyer to a journalist. The official is being investigated for sexual harassment and has been suspended from work. In the letter, the lawyer for the police officer offered the top executive a personal interview with the accused officer. Strobl saw it as a "poisoned offer". By forwarding the letter to a journalist, he wanted to ensure "maximum transparency" and prevent the other side from launching the letter and being accused of cheating.

The opposition accuses Strobl of having broken several laws by passing it on - and is calling for the deputy prime minister to be fired. After Strobl admitted that the letter had been passed on at the beginning of May, the public prosecutor's office initiated investigations into suspected illegal disclosure of court hearings.

Committees of inquiry are seen as Parliament's strongest means of controlling the government. Even small factions of the opposition can use it to scrutinize possible grievances or affairs. A quarter of the deputies or two parliamentary groups from different parties may request the appointment. Despite their majority, the government factions cannot prevent the committee. The committee can request files from the authorities, obtain information and obtain seizure and search warrants from the court. Witnesses and experts must appear, false statements are punishable.

1 Eight victims of stings at a Strasbourg concert, a... 2 Mecklenburg-Western Pomerania: Hydrogen company receives... 3 North Rhine-Westphalia: "Sunk in chaos":... 4 French economy is in turmoil: Inflation jumps to 5.2%,... 5 Saxony: The protection of the constitution sees right-wing... 6 Balcony collapses in Angers: three defendants are... 7 Prosecution of pedophiles: NRW Minister of the Interior... 8 Biarritz: Drugs and Addictions Explained to Parents 9 The number one is taken: DFB coach smashes Schult's... 10 Saint-Martin-de-Seignanx: the Passem starts in Seignanx 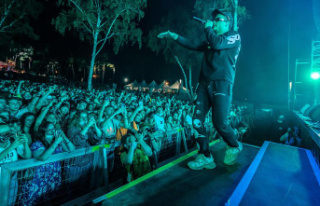 Eight victims of stings at a Strasbourg concert, a...