Punish young people to a compulsory social year? The Federal President is pushing this debate again. 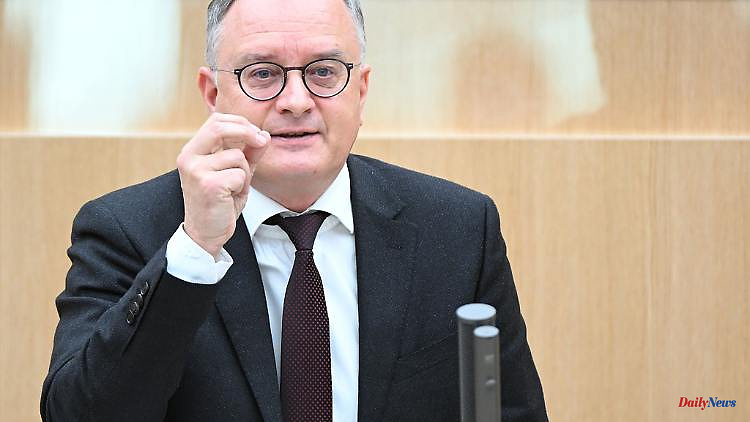 Punish young people to a compulsory social year? The Federal President is pushing this debate again. But the SPD in the southwest is cautious. Ex-Zivi Stoch has another idea.

Stuttgart (dpa / lsw) - SPD party and parliamentary group leader Andreas Stoch wants to win even more young people for a social year with the help of incentives. However, Stoch is reluctant to undertake compulsory social service, as proposed by Federal President Frank-Walter Steinmeier. The SPD state chief told the German Press Agency in Stuttgart: "A year of social service is not an instrument to try to compensate for the lack of staff, especially in the nursing professions." Society as a whole is called upon to "make these professions more attractive and show them the appreciation they deserve."

Stoch believes that a debate about a service to society makes sense. "Between training and work, between school and university, doing service for the general public and getting to know the challenges of social professions can be a great benefit for everyone," said the social democrat. He could imagine models "in which such a service is not mandatory, but is made much more attractive. Advantages in the allocation of study places would be an example".

The 52-year-old Stoch recalled his own time as a civil servant. "I myself wouldn't want to do without my time in community service, precisely because it also helped me in many ways." According to his own statements, he looked after severely disabled people for the workers' welfare organization in Giengen (Heidenheim district).

In a newspaper interview, Steinmeier asked "whether it wouldn't do our country any good if men and women put themselves in the service of society for a certain period of time." The Federal President spoke of a "compulsory period", which does not have to be a year. This time could be done in the Bundeswehr, but just as well in the care of seniors, in facilities for the disabled or in shelters for the homeless. Federal Family Minister Lisa Paus (Greens) and Education Minister Bettina Stark-Watzinger (FDP) immediately rejected such a service.

FDP parliamentary group leader Hans-Ulrich Rülke is also strictly against Steinmeier's proposal. "We rely on voluntary commitment to our society. An obligation to serve cannot be made with the FDP," he told the dpa.

So far, there have been the Voluntary Social Year, the Voluntary Ecological Year and the International Youth Volunteer Service especially for young people. These offers are open to young women and men up to the age of 27, regardless of their school qualifications, origin or income situation. There is also the Federal Volunteer Service, an offer for people of all ages. An average of 6,000 people a month were involved in the latter last year in the south-west.

1 Saint-Gervais-sur-Roubion. The Bakery has officially... 2 Health. More than 14% have contracted Lyme disease. 3 Health. High heat can cause confusion, dehydration... 4 Astronomy. Savoie: Don't forget about the super... 5 Savoy. Nances: European cooperation to revive the... 6 Labor law question: Do you have to register as unemployed... 7 UNITED STATES. Trump repeated 'lies' regarding... 8 Penalty shootout with a trick: substitute goalkeeper... 9 Haute-Savoie. Annecy: Fire in the Carrefour reserve 10 Hesse: car rolls over on A66: three drivers injured 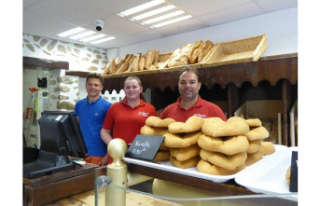 Saint-Gervais-sur-Roubion. The Bakery has officially...