Baden-Württemberg: Stress test for 9-euro ticket also in the southwest

The special ticket for local and regional transport has been valid since Wednesday. 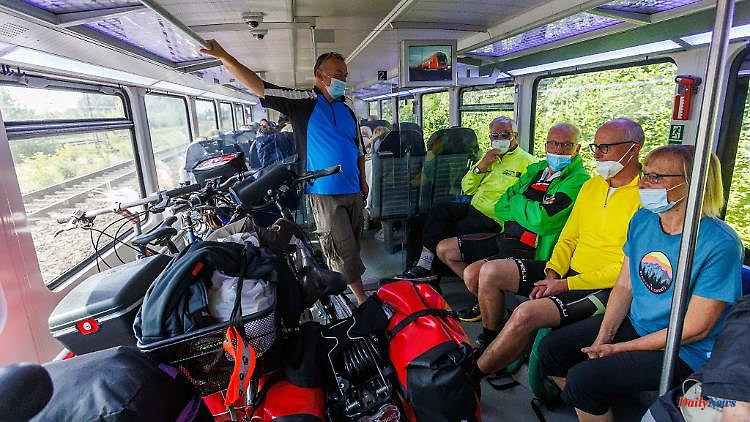 The special ticket for local and regional transport has been valid since Wednesday. The long Pentecost weekend should show whether there is enough space on buses and trains.

Stuttgart/Konstanz (dpa/lsw) - Stress test for the 9-euro ticket: There should be a lot of traffic in local and regional public transport in the south-west on the long Pentecost weekend. A rush is expected in particular at Lake Constance, in the Black Forest and in other leisure areas.

A spokeswoman for Deutsche Bahn said on Friday in Stuttgart that there could be more passengers than usual, especially along tourist routes. But that will also depend on the weather. She did not comment on individual connections in detail. Transport Minister Winfried Hermann (Greens) had already warned at the start of the unprecedented discount campaign that trains could be overloaded this weekend. He is curious whether the capacities are sufficient.

According to his ministry, Hermann called on travelers and day-trippers to remain calm and be considerate of others. Routes away from tourist highlights are also interesting.

There was advice from Lake Constance to reserve accommodation before you travel. Constance and the region of western Lake Constance are already well booked, said a spokeswoman for the local marketing and tourism company. "After the long pandemic period, we look forward to every guest," she said. The Bodensee-Schiffsbetriebe pointed out that the special tickets are not valid on ships of the so-called White Fleet and the ferries.

In June, July and August, these tickets can be used throughout Germany. Deutsche Bahn had announced that it would also be gearing up in the southwest and expanding its capacities. The special ticket is intended to convince more people to permanently switch from cars to trains. 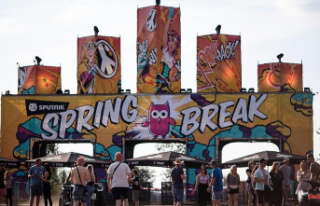 Saxony-Anhalt: Colorfully painted audience at the...