Baden-Württemberg: Strobl for an exception in the budget for new police positions

Corona, inflation, lack of gas, refugee costs: the risks for the next state budget are great. 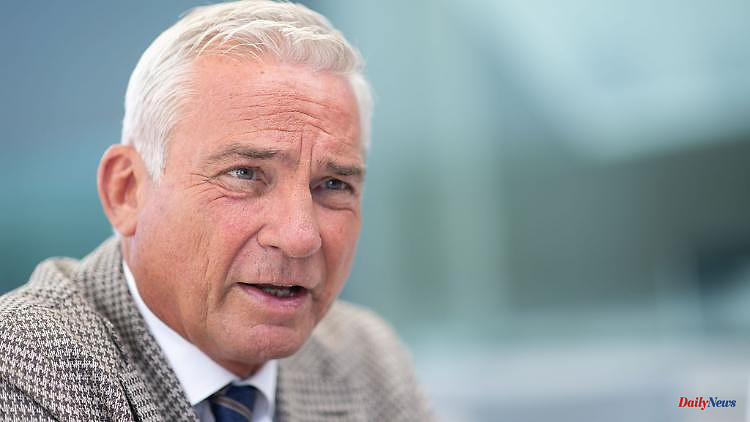 Corona, inflation, lack of gas, refugee costs: the risks for the next state budget are great. Those who can spend even more money can consider themselves lucky. The deputy prime minister definitely wants to be part of it.

Stuttgart (dpa / lsw) - Before the important budget negotiations of the green-black coalition, Interior Minister Thomas Strobl insisted on more staff for the police despite the limited scope. In an interview with the German Press Agency in Stuttgart, the CDU state leader emphasized that additional spending on internal security would not have to be offset by equally high cuts in his department. "We have already prioritized certain areas in the coalition negotiations, including climate protection, education and internal security, in which "one in, one out" does not apply," said the minister.

The "one in, one out" budget principle was included in the coalition agreement, primarily at the instigation of the CDU. It means that every additional expense must be matched by a corresponding saving. Strobl explained: "During the coalition talks, we agreed that there would continue to be an increase in the number of police officers." Strobl has applied for a good 2,740 new jobs, including 577 for the regional councils in the country.

Basically, Strobl wants to stick to the "one in, one out" principle. "That will certainly be the subject of further deliberations in the budget commission," said the minister. "For the areas in which we have planned to do this, we will take a very close look at them again." However, the decisive factor is that the double budget for 2023/2024 can be managed without new debt. This is "grandchild-friendly politics". Next Monday, the leaders of the Greens and CDU want to deal with the budget again and decide on the remaining expenditure for political priorities in the amount of 340 million euros and the number of new jobs.

Prime Minister Winfried Kretschmann (Greens), on the other hand, recently questioned the planned counter-financing of additional spending. The principle "one in, one out" is a "headline, you usually don't get the text right," he explained at the end of July. The same applies to new positions. In fact: Already in the 2022 budget, there were significant additional expenses and numerous new positions in the state administration, without these being counter-financed by cuts in the respective departments.

Despite the difficult situation in the planned double budget, the Greens and CDU ministries have announced the creation of almost 9,000 new jobs for state administration, police, schools and universities. Finance Minister Danyal Bayaz (Greens) has already recognized 350 new jobs as essential. On Tuesday, the ministers in the Commission are to explain why they urgently need fresh money and new staff.

Strobl explained: "Ideally, we even want to repay old debts." With a view to Christian Lindner, the CDU politician said: "Unlike in the federal government, for example, an FDP finance minister is making new debts in the three-digit billion range this year." For him, the decisive point is: "In Baden-Württemberg we have to make do with the money we have. It would be nice if it were done the same way elsewhere."

Strobl added that it is also important to create reserves for the future, which is possible in Baden-Württemberg to a large extent with the pension reserves. "In any case, we are doing more than other states and more than the federal government. Of course, if you see what pension obligations we have to face, it is urgently necessary to put something aside."

1 Baden-Württemberg: Fire in the production hall in... 2 Bavaria: Stones on the Zeppelin grandstand are examined 3 Value of $1.1 billion: Report: US wants to supply... 4 Zelenskyj: "Time to get away": Moscow declares... 5 EU ministers discuss in Prague: What is the visa compromise... 6 "Economically strong offer": Schalke 04... 7 Emotional US Open start: Williams fights against a... 8 Probably the biggest find in Europe: Researchers discover... 9 North Rhine-Westphalia: sun, clouds and a few showers... 10 Hesse: Individual showers expected in Hesse 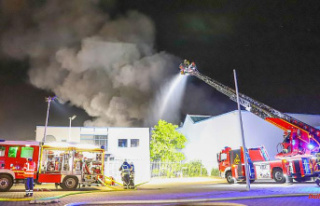 Baden-Württemberg: Fire in the production hall in...