Baden-Württemberg: The lights go out at night at the southwestern castles

The beautiful sight of Heidelberg Castle illuminated at night is a thing of the past. 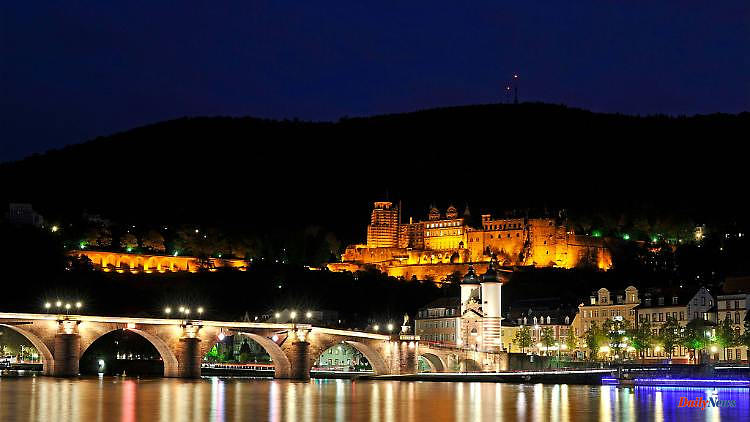 The beautiful sight of Heidelberg Castle illuminated at night is a thing of the past. The extensive renunciation of light affects all monuments owned by the country.

Stuttgart (dpa / lsw) - It gets darker and darker at night in many palaces and castles in the south-west. After the lighting of the cultural monuments had already been dimmed at night to protect against insects, it is now being reduced to a minimum, said the managing director of the State Palaces and Gardens in Baden-Württemberg, Michael Hörrmann, of the German Press Agency. They are part of the state office for property and construction and look after 62 important cultural sites throughout the country. For all attractions - from the burial chapel on the Württemberg to the Roman bath ruins in Badenweiler to the Bebenhausen monastery - work will be carried out until the beginning of September on compatible solutions.

Because in some cases the monuments are still in use. For example, Rastatt Castle, which houses a district court, or Weikersheim Castle with its music academy. There are also inns in some of the old walls, the entrances to which must be sufficiently illuminated for the guests. In principle, road safety must still be guaranteed, Hörrmann explained. Since the cultural monuments are usually not heated, lighting is the only way to make a contribution to saving energy. "It's not nice, but it has to be."

The Heidelberg Castle will also no longer be illuminated from September 1st, except for a basic supply. Until then, it should end at 10 p.m. The mighty ruins above the old town, illuminated at night, are one of Heidelberg's main attractions. The measure ordered by the state meets with great understanding in the town hall. A spokesman pointed out that the city has been turning off the lights in public buildings at midnight for years. This also applies to the Old Bridge, which is so popular with tourists. 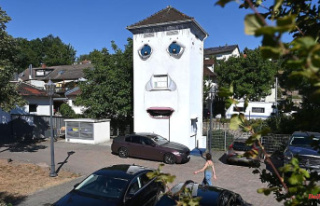