Blaustein (dpa/lsw) - After the train accident in Blaustein (Alb-Donau-Kreis) with two seriously injured people, the railway line between Ulm and Blaubeuren will remain closed until further notice. 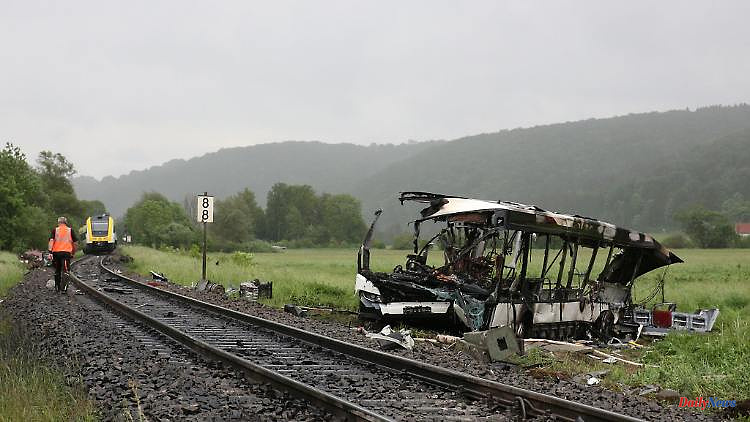 Blaustein (dpa/lsw) - After the train accident in Blaustein (Alb-Donau-Kreis) with two seriously injured people, the railway line between Ulm and Blaubeuren will remain closed until further notice. A spokeswoman for Deutsche Bahn said on Wednesday that replacement buses were in use. Südwestrundfunk (SWR) had previously reported on it.

A bus and a train collided with great force at a level crossing near Blaustein on Tuesday. The regional train derailed.

The train was hoisted onto the rails with a crane during the night and towed to the Blaustein train station, as the federal police in Stuttgart announced on request. According to the police, the total damage from the accident amounts to around 1.4 million euros. Tracks were also damaged.

As reported by the district office, the federal highway 28 is completely free again. The level crossing is also passable again.

The bus, which was not carrying passengers when the accident occurred, caught fire. The 39-year-old bus driver and the 33-year-old train driver were seriously injured. Both came to clinics. According to the police on Tuesday, eleven of the 74 passengers on the train suffered minor or moderate injuries.

1 Gerhart Baum in "ntv Frühstart": "With... 2 Karlsruhe calls for improvement: large families should... 3 "Under the strong influence of alcohol":... 4 "Enjoyed every moment": Charlène celebrates... 5 Beefy electric Bavarian: BMW iX M60 - for the rapids 6 Additional claims possible: hard times are dawning... 7 Renewable electric mobility?: "There is no longer... 8 North Rhine-Westphalia: 70 percent more weddings in... 9 "Imbalance" at the expense of tenants: Consumer... 10 'No need for a teacher': Xi is satisfied... 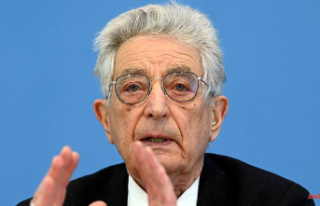 Gerhart Baum in "ntv Frühstart": "With...