Baden-Württemberg: Ukraine war: 55 procedures because of Z symbols in the southwest

Despite the horrors of the Ukraine war, the Z symbol appears again and again in Baden-Württemberg as a sign of support for Russian military operations. 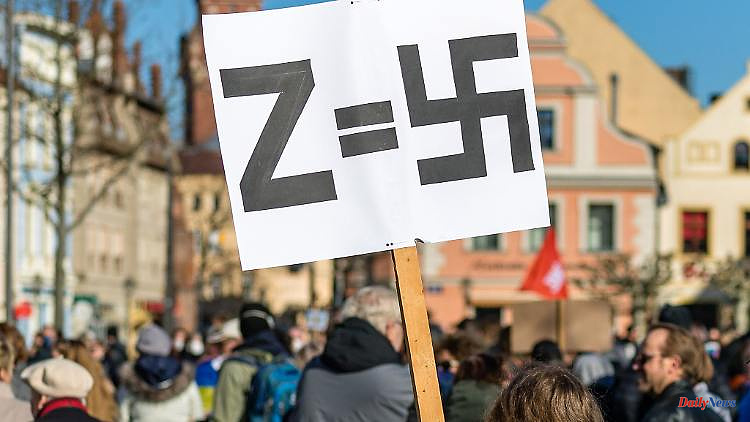 Despite the horrors of the Ukraine war, the Z symbol appears again and again in Baden-Württemberg as a sign of support for Russian military operations. The authorities are investigating in dozens of cases.

Stuttgart (dpa / lsw) - Since the start of the Ukraine war at the end of February, investigative authorities in the country have initiated 55 proceedings because of the Z symbol as a sign of support for the Russian war of aggression. Investigations are being carried out on suspicion of rewarding and approving crimes, as a spokesman for the Ministry of the Interior in Stuttgart announced.

In March, the public prosecutor's offices in Stuttgart and Karlsruhe emphasized the possible criminal liability of the Z symbol. If one assumes that the Russian invasion of Ukraine is a war of aggression, public use or dissemination of the symbol could constitute a criminal offence, Justice Minister Marion Gentges (CDU) also said.

However, the country does not have a valid overview of possible crimes related to the Z symbol, as the spokesman said. The interior ministers and interior senators of the federal states did not include the Z symbol in the criteria for recording politically motivated crime (PMK) at their conference in mid-May.

1 China is also expanding its arsenal: Peace researchers... 2 Stricter rules for corporations: Lindner supports... 3 "Devastating record": CDU politician: Ukraine... 4 Long out of the job: Are professional qualifications... 5 Energy imports for 24 billion: China and Germany are... 6 The lessons of the Baku race: Verstappen mercilessly... 7 Hesse: Five injured after a rear-end collision on... 8 District elections in Saxony: AfD does not get its... 9 Bavaria: 23-year-old is in mortal danger after a swimming... 10 Union can assert itself: AfD successes in Saxony are... 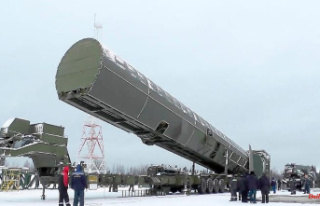