Baden-Württemberg: With the new climate protection law, CO2 emissions are to be halved

A good seven years to go: by 2030, greenhouse gas emissions in the south-west are to be reduced by more than half. 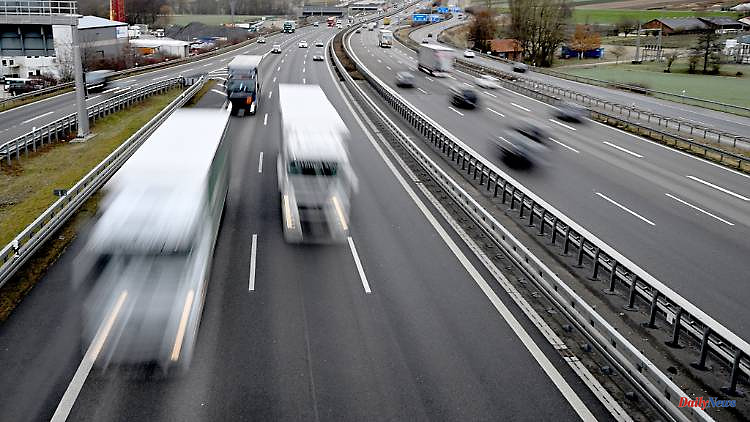 A good seven years to go: by 2030, greenhouse gas emissions in the south-west are to be reduced by more than half. But in the new climate protection law, there are no clear targets when it comes to traffic, the biggest polluter.

Stuttgart (dpa/lsw) - The Greens and CDU want to change a total of 27 laws and regulations in order to advance climate protection in the south-west. But is that enough to save a good half of greenhouse gases by 2030? One thing is clear: politics, business and society must multiply their efforts in order to achieve the new goals. Especially when it comes to traffic, it will be difficult in the automotive state of Baden-Württemberg to significantly reduce emissions of climate-damaging carbon dioxide in the short term - despite more and more electric cars.

Prime Minister Winfried Kretschmann and Environment Minister Thekla Walker (both Green) will present the long-controversial amendment to the Climate Protection Act this Tuesday. The coalition of Greens and CDU agreed on a draft last week after weeks of wrangling.

The country wants to be climate-neutral by 2040

The plan envisages ambitious targets for reducing greenhouse gases, for example in the transport, building and energy sectors. With the amendment, Baden-Württemberg wants to be the first federal state to enshrine concrete milestones in law for the reduction of climate-damaging CO2 for the different areas. In addition, the municipalities should in future be able to force the owners of older buildings to connect to a new heating network. Originally, the Greens also wanted to extend the solar obligation to all buildings in the country. But here the CDU blocked itself and pushed through a shift of the topic.

Green-Black wants to reduce greenhouse gas emissions by 50 percent by 2030 compared to 2019. The country is set to become carbon neutral by 2040. Climate neutrality means that only as many greenhouse gases may be emitted as can be bound again.

Where are concrete guidelines for the transport sector?

The environmental associations say that the draft law lacks clear guidelines, especially for traffic, which is a major climate sinner. Transport Minister Winfried Hermann (Greens) told the German Press Agency: "The Climate Protection Act includes district coordinators for mobility and climate protection, photovoltaics on traffic routes and other regulations for the traffic turnaround and sustainable mobility."

Everything else comes later: "Since the Ministry of Transport is currently working on a state mobility law, we have refrained from further differentiation in the climate protection law." An important lever should be the mobility guarantee. The concept envisages that all places in the southwest should be accessible by public transport from 5 a.m. to midnight.

Realistic? CO2 emissions must be reduced by 58 percent in traffic

In addition, there are currently around a million more cars on the roads in the southwest than ten years ago. This also affects CO2 emissions. While 20.3 million tons were emitted in the transport sector in 1990, in 2019 it was even 22.2 million tons. However, the goal by 2030 is: 9.2 million tons. It would have to go down by 58 percent.

The country is also facing major challenges in the building sector. In 1990, more greenhouse gases were emitted here than in traffic, namely 21 million tons. By 2019, this had improved somewhat to 17.6 million tons. But by 2030, this value should drop to 10.7 million tons, which would be a minus of 39 percent. And that requires massive investment in insulation and renewable energy in heat and power generation.

The energy industry, which is currently having to adapt again due to the consequences of the Ukraine war, must also significantly reduce emissions. In 1990 the output was 19.9 million tons, in 2019 it was 15.9 million tons. In seven years it is expected to be 5.1 million tons, a drop of 68 percent. In order to achieve the targets for 2030, the date for the previously planned coal phase-out would have to remain in the same year. 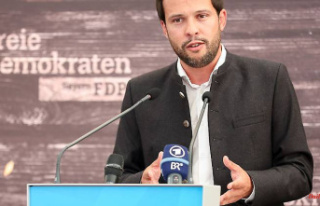