Barely back from his world tour, Yann Quénet dreams of new horizons

"It's a lot of emotions. 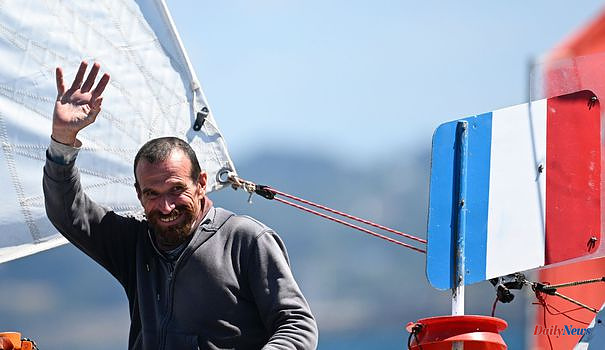 "It's a lot of emotions. For two or three days, I suspected that I was going to have a nice welcome but at this level, it's moving," he told AFP.

At the port of Légué in Saint-Brieuc, the halyards of the moored boats mingle with the hundred people who came to applaud the return of Yann Quénet, 52 years old.

A return that contrasts with the departure of Briochin, who left Brittany three years earlier in the greatest discretion to realize his dream: to sail around the world with his small sailboat without sophisticated technology, without expensive materials, which cost him around 4,000 euros.

Behind his thick beard and his faded clothes, the navigator cannot get rid of his smile. For him, this trip is "a delight", as is his return, marked by successive embraces with his friends and family, who have come to cheer on the man they now consider a hero.

But for this shy and reserved man, there is no question of talking about exploits.

"I didn't do this at all to break records or be interesting. I'm having fun, that's all," he explains.

Without a communication or tracking device in Baluchon, the navigator ironically considers himself "very elaborate" with his only mobile phone as GPS.

Loneliness? He did not suffer from it. "I find myself in good company. I never get angry with myself or very rarely," he confides, laughing.

"I learned to sail on my own (...) it was a long learning curve to get to this round the world race," says Yann, back on dry land.

The complicated moments of his trip, he remembers, starting with the storms in the Pacific and the crossing of the Indian Ocean. But it was the arrival in the Marquesas Islands that marked him deeply. "I dreamed of these islands so much that I didn't know if I was living the reality or if it was a dream", he explains, pensive.

His memories will be the subject of a story, "Le Tour du monde avec mon Baluchon", which will be published on November 10 by Editions du Cherche Midi.

Once at the quay, its welcome is worthy of that of the greatest travellers. After a champagne shower for Baluchon, the navigator is also entitled to a present from the town hall: an engraving of Saint-Brieuc, his city which he will certainly leave shortly.

Dreamer but above all adventurer, it is towards the waters of the Canadian Far North that he will head to spend the winter. "I dismounted but I'm still sailing in my head on my little boat," he says.

However this time, Baluchon will not be there. For this new adventure, Yann has built "another small sailboat, a very small one because I don't like big boats, it's for serious big people and I'm not a serious big person".

But he admits it, without his small sailboat, nothing would have been possible. "He always took care of me, I try to take care of him."

So no question of saying goodbye to him. After a well-deserved makeover, Baluchon will take up residence in Yann's small workshop while awaiting the return of his traveling companion. 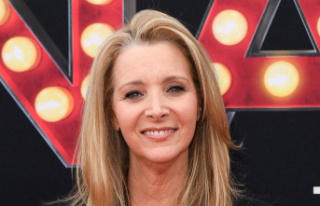