Bavaria: After the train accident in Garmisch: work on the route continues

Five people die when a regional train derails near Garmisch-Partenkirchen. 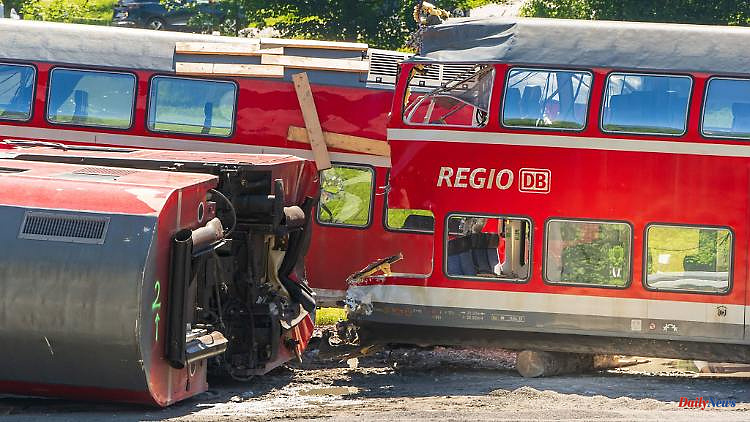 Five people die when a regional train derails near Garmisch-Partenkirchen. Weeks later, experts are still on the track to find clues to the cause of the accident. The investigators are keeping a low profile.

Garmisch-Partenkirchen (dpa/lby) - Almost four weeks after the fatal train accident in Garmisch-Partenkirchen, it is not foreseeable when the route can be used again. "We have not finally released the route because experts still have to carry out investigations on site," said senior public prosecutor Andrea Grape on Wednesday in Munich. It is currently not possible to predict how long this will take. Grape did not want to reveal which experts are looking for clues to the cause of the accident in the section. The public prosecutor's office in Munich II is investigating three railway employees on initial suspicion of negligent homicide.

According to Grape, the experts will prepare reports. Only then could the investigators start with a criminal assessment and check: "Is someone partly to blame for this accident or maybe several people are partly to blame?"

At noon on June 3, a regional train from Garmisch-Partenkirchen to Munich derailed. Four women and a 13-year-old died. Almost 70 people were injured, 16 seriously and 52 slightly.

As the "Münchner Merkur" (Wednesday) reported, there were increasing indications that defects on the embankment caused the train to derail. "In addition to the vehicles, the infrastructure is also the subject of the investigations," BEU spokesman Moritz Metzler told the newspaper.

According to Deutsche Bahn, around 700 meters of rails and 500 sleepers around the accident site have to be renewed. In addition, new overhead lines are required. Work can only start once the authorities have given their approval.

1 Bavaria: MAN is building a 100 million euro battery... 2 "Yes, I can": Scholz rejects the accusation... 3 Hamilton receives a lot of encouragement: Verstappen,... 4 Suspect in Bonn is silent: severed head and body are... 5 From "bones" to smartphones: the era of... 6 Saxony-Anhalt: State of Saxony-Anhalt wants to further... 7 Baden-Württemberg: Boris Palmer calls for a temporary... 8 Mecklenburg-Western Pomerania: Ringed white storks... 9 Bavaria: Baby boom in Bavaria: But even more deaths 10 Hesse: Hydrogen trains will start in the Taunus network... 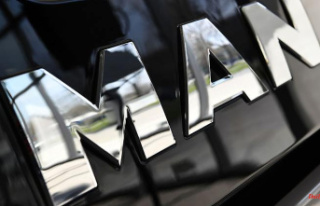