Denkdorf (dpa / lby) - The Dinosaur Museum Altmühltal will show the skeleton of a young allosaur in the future. 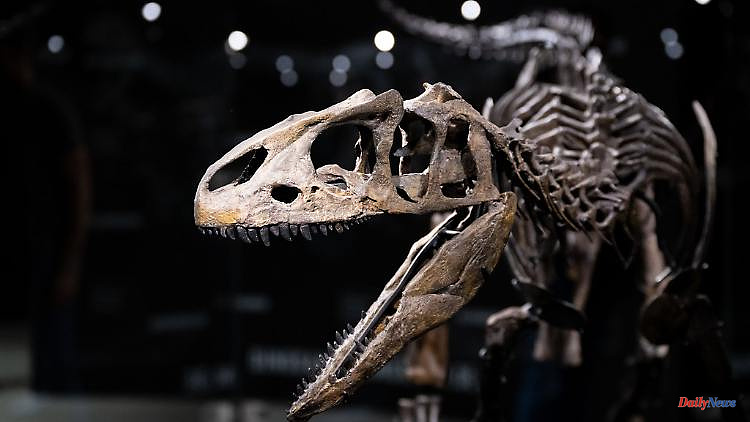 Denkdorf (dpa / lby) - The Dinosaur Museum Altmühltal will show the skeleton of a young allosaur in the future. According to the museum in Denkendorf (Eichstätt district), it is the original skeleton of the youngest allosaur ever found. The dinosaur junior was about two years old and is called "Little Al". Normally, the life expectancy of these dinosaurs was 20 to 30 years.

The skeleton comes from the private collection of the paleontologist Raimund Albersdörfer, who was also involved in the excavation of the dinosaur. According to the museum, the skeleton was discovered in Wyoming in 2011 and is about 150 million years old. Albersdörfer suspects that the young allosaur may have died at a water hole there.

At the presentation on Thursday, the exhibition organizers emphasized that allosaurs also play an important role in Hollywood - as a kind of bad boy. They would appear concisely in films like the Jurassic series. "The agile predatory dinosaurs are always portrayed as aggressive and dangerous hunters and scavengers."

"Little Al" is now to be shown in the Altmühltal for at least two years alongside two other spectacular exhibits. So far, the world's only skeleton of a juvenile Tyrannosaurus Rex and the largest pterosaur ever found were the crowd pullers, said a museum spokesman.

1 This Elizabeth II fan is overwhelmed by 12,000 "royal",... 2 Millions of unvaccinated fever cases: Corona, hunger... 3 No help after miscarriage: couple has to store dead... 4 North-Isere. The news at noon on Thursday, June 2nd:... 5 From CL winner to CL winner: Antonio Rüdiger moves... 6 Mecklenburg-Western Pomerania: Diesel thieves empty... 7 Hesse: The left demands countermeasures against poverty... 8 Companies. Kindle, Amazon's digital bookshop,... 9 The number of those affected is increasing: the federal... 10 Farewell is approaching in Dortmund: Kiss want to... 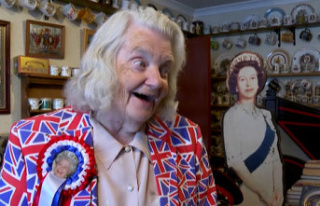