The Evangelical Church has set itself a major financial goal: it wants to save 189 million euros by 2030. 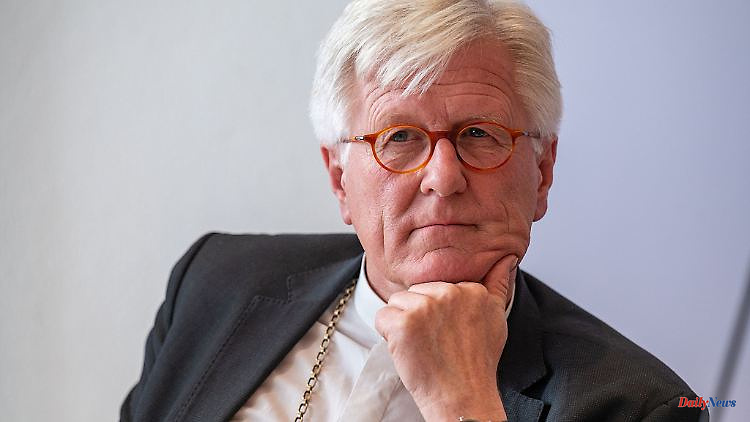 The Evangelical Church has set itself a major financial goal: it wants to save 189 million euros by 2030. Among other things, the synodal members in Amberg are currently discussing this. Climate protection is also a focus.

Amberg (dpa / lby) - The Evangelical Church in Bavaria wants to significantly reduce its expenditure. To this end, she has imposed a strict austerity program. The members of the state synod are currently dealing with the question of where the cutbacks can be made at their autumn meeting in Amberg. They took a first step with themselves and shortened their conference by one day. Another advantage is that synod members who work on an honorary basis can then more easily reconcile the conference with their profession, said synod president Annekathrin Preidel.

A balanced budget for 2023 was presented on Monday by Oberkirchenrat Patrick de La Lanne, head of the finance department at the regional church office. According to this, 980 million euros in income are offset by expenses of 948 million euros, which means a net profit for the year of 32 million euros. At 82 percent, the church tax accounts for the lion's share of revenue. The 2021 annual financial statements are “very pleasing” with a plus of 98 million euros, but the year before there was a minus of 66 million euros.

The regional church wants to save 189 million euros by 2030. Determining the savings potential is a challenge, said Joachim Pietzcker, chairman of the synodal finance committee. This is a concern in many parishes. But he assured: "We don't want to say goodbye to church life in the area."

The regional church is trying to come to terms with the past when it comes to the pastoral posts that were compulsorily shared in the past. Between 1984 and 2009, pastoral couples in the regional church regularly only got one full-time position, even if both spouses wanted to work full-time. At that time, according to the information, there were significantly more applicants than available pastoral positions. For the 667 affected, this meant, among other things, a loss of pension. As a sign of recognition, they should receive a one-time payment of 40,000 euros. The synodal members want to make the resolutions at the end of their meeting on Wednesday.

The protests by climate activists also concern the church. This is rooted in the faith DNA, said Bishop Heinrich Bedford-Strohm and called for the debate to be more objective. The focus of the discussion should not be the form of protest used by the activists, but rather its content. The urgency with which young people protest about climate change needs to be heard, he said. The forms of protest are certainly controversial, but the activists should not be placed in the vicinity of violent criminals.

Rather, everything must be done to stop the destruction of creation. "We must leave the following generation a world in which our grandchildren and great-grandchildren can live at least as well as we can now."

Bedford-Strohm commented on the decision recently taken by the synod of the Evangelical Church in Germany (EKD) in Magdeburg on a speed limit for church car journeys of 100 and 80 kilometers per hour on motorways and country roads: "I drove to Amberg in an electric car and we drove between 100 and 110." Synod President Annekathrin Preidel said that this is about self-commitment. "Anyone who treats creation responsibly will not speed down the autobahn at 200 km/h." This does not require any rigorous specifications. It is best to use public transport anyway, but that is not always possible, said Preidel.

The synod has 108 members and is elected for six years. It decides on the budget of the regional church, passes laws and elects the regional bishop. The state synod usually meets in autumn and spring. 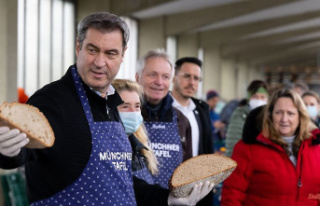