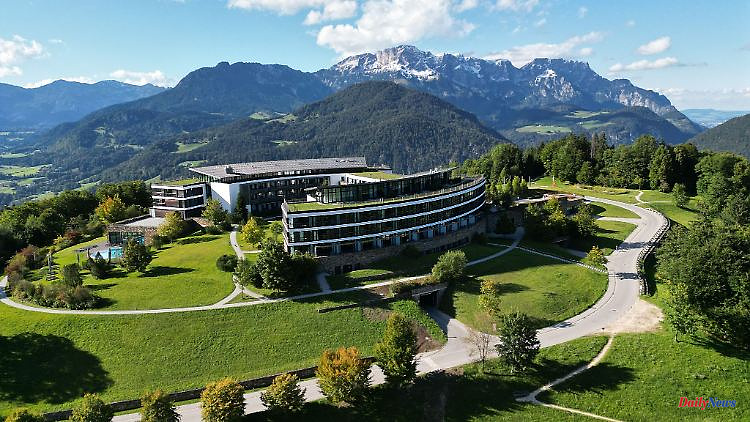 Sheikhs, TV stars, FC Bayern players - those who check in at Obersalzberg need the appropriate small change. Now the five-star hotel near the Nazi documentation center is to have a new spa and wellness area.

Berchtesgaden (dpa / lby) - The luxury resort Kempinski on Obersalzberg should be even more luxurious. The Bayerische Landesbank is planning to expand the spa area and to rebuild large parts - for a sum of millions. This emerges from documents that were made available to the building committee. The hotel at an altitude of more than 1000 meters near Berchtesgaden is part of the "two-pillar concept" of the Bavarian state government. The five-star hotel stands for tourist use and the nearby NS Documentation Center in Obersalzberg for the historical processing of the Nazi past. Adolf Hitler once received guests on the Obersalzberg. Since 1999 there has been a documentary about the Nazi tyranny and its consequences.

Formerly part of the Intercontinental Group, the Kempinski opened in 2005. Even then, the spa area was considered quite manageable compared to other hotels - with an indoor pool, a heated outdoor pool as well as three saunas and a water bed lounge.

"After 17 years there is a need for renovation," says property manager Stefan Hackl. "We've been able to increase occupancy over the years - especially since we're running under Kempinski." However, the spa area had become too small.

There will be five new outdoor pools and a new, larger sauna area with a suitable relaxation area. Additional sunbathing areas are planned outside - with a view of the surrounding mountains. The site has to be massively changed in large parts because a large part of the wellness area is being built over and is to be integrated into the landscape as unobtrusively as possible.

Hotel director Werner Müller does not want to comment on the costs: "We will wait until we say something about it." Berchtesgaden's Mayor Franz Rasp (CSU) says about the plans: "This is a plan that fits in well with the existing structure." The members of the building committee unanimously gave the green light to the building application, which is based on plans by the Munich architect Klaus Keune. The next step is for the District Office to approve the plan.

In the best-case scenario, the expansion should start in 2024 and the construction work should take "one and a half to two years," says Stefan Hackl. There will probably be a brief closing phase of the hotel at the beginning. The talk is of four to six weeks. The rest of the work should then take place during ongoing operations, whereby wellness and spa use is then excluded. 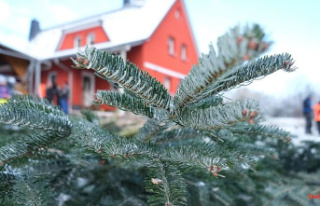 Thuringia: Christmas trees and fir branches from the...