With the 9-euro ticket cheap to the excursion destination? Or with the car on the Pentecost holiday? Many people are likely to be out and about in Bavaria over the long weekend - and have to expect traffic jams and full trains. 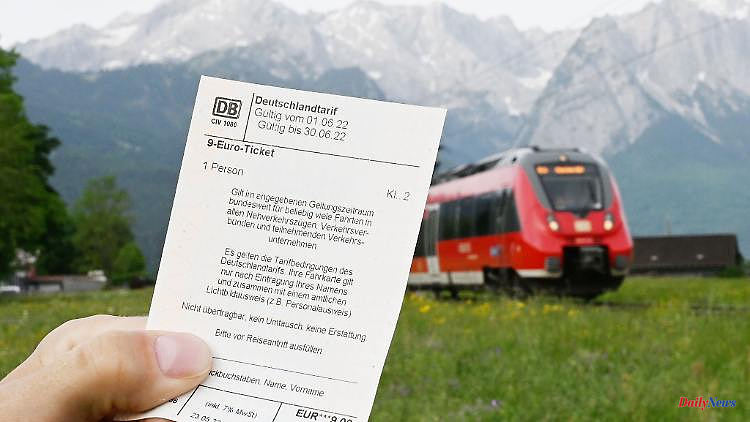 With the 9-euro ticket cheap to the excursion destination? Or with the car on the Pentecost holiday? Many people are likely to be out and about in Bavaria over the long weekend - and have to expect traffic jams and full trains.

Munich (dpa / lby) - With the car south on the Pentecost vacation or by train to the destination in the mountains: Many people are likely to be out and about in the Free State on the long Pentecost weekend. Mainly because of the 9-euro ticket, many Bavarian excursion destinations could get even more crowded around Pentecost than in previous years.

"We are preparing for the fact that many guests, especially from nearby metropolitan areas such as Munich and Rosenheim, will use the 9-euro ticket for day trips to our region," said a spokeswoman for the Berchtesgaden mountain adventure association. The tourism director of the city of Füssen near Neuschwanstein Castle, Stefan Fredlmeier, said it was "quite possible" that excursion traffic would increase again because of the offer.

The ADAC expects that there will be a lot of traffic jams on the motorways. Whether it's a long weekend trip or a trip to the Pentecost holidays - there will probably be numerous cars on the road, especially in southern Germany. The Germans’ desire to travel should be as strong this year as it was before Corona, the ADAC suspects. The 9-euro ticket has no influence here, said Alexander Kreipl from ADAC. After all, holiday destinations in Austria, Italy and Croatia would continue to be “mainly approached by car”.

In Bavaria, in addition to the trunk roads in the greater Munich area, the Autobahn 3 Regensburg - Passau, the A7 Ulm - Füssen and the A8 Ulm - Munich - Salzburg are expected to be particularly crowded. The experts also expect a lot of traffic jams on the A9 Nuremberg - Munich, the A93 from the Inntal triangle to Kufstein and on the A95 and the federal highway 2 from Munich to Garmisch-Partenkirchen.

Those who stay at home should probably be encouraged to take a trip to the mountains or to the lake thanks to the inexpensive 9-euro ticket. At Tegernsee, the trains from Munich are already "well utilized" at core times, although the Bavarian Regiobahn (BRB) is now offering more connections there than a few years ago due to the high demand, said a spokesman for Tegernseer Tal Tourismus GmbH.

The BRB therefore advised day-trippers not to drive to the Oberland, to Lake Ammer or to the Chiemgau between 8 a.m. and 10 a.m. Trips to Füssen should be avoided between 7 a.m. and 9 a.m. In addition, it is advisable to "prefer to explore new destinations" - for example the Schrobenhausen Asparagus Museum instead of Neuschwanstein Castle. Those who have Pentecost holidays can also go on excursions during the week instead of using the 9-euro ticket with everyone else at the weekend.

DB Regio Bayern also warned of "an additional increase in capacity utilization" in regional trains to tourist locations such as Kochel am See, Garmisch-Partenkirchen, Oberstdorf and Lindau on Lake Constance. In express trains such as from Munich to Nuremberg or from Würzburg to Bamberg, it can also get full because of the 9-euro ticket.

1 Bavaria: Thousands celebrate again at the "Rock... 2 Bouches-du-Rhone. For the security of your evenings,... 3 Going out in the Pays de Savoie. Brison: The giant... 4 Drome. Chateauneuf du-Rhone's little train is... 5 Mercer. This Saturday, Ardeche has a unique show. 6 Hesse: Water police sees an increase in recreational... 7 Alpes de Haute Provence. Alexandra David-Neel's... 8 Nations League luck for Haaland: Portugal gets a late... 9 Auvergne Rhone-Alpes. After the announcement of the... 10 Hesse: Consumer bankruptcies in Hesse are falling... 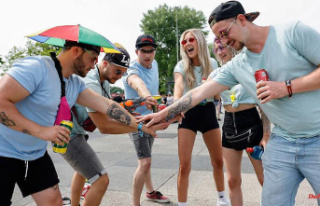