Bavaria: It's blooming and stinking again in Bayreuth

Bayreuth (dpa / lby) - Another titan arum in the ecological botanical garden of the University of Bayreuth is about to bloom. 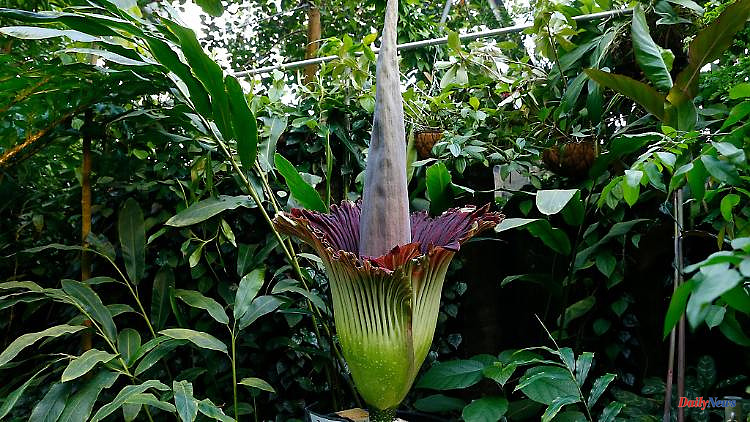 Bayreuth (dpa / lby) - Another titan arum in the ecological botanical garden of the University of Bayreuth is about to bloom. The flower is now 1.70 meters high, it said on the garden's Facebook page on Friday. A titan arum was already blooming in Bayreuth at Easter - and attracted numerous interested people. Although the Titan Arum is considered the largest flower in the world and its bloom is a real natural spectacle, it also stinks badly.

The plant that is about to flower is different from the one that flowered at Easter. The garden has several bulbs and is now expecting the seventh titan arum bloom since 2014. It could be as early as the weekend.

According to the University of Bayreuth, the Titan Arum (Amorphophallus titanum), which originates from the Indonesian island of Sumatra, is the largest flower in the world. It gives off an intense odor during its flowering period, which lasts about 20 hours, to attract special beetles and insects for pollination. The smell is reminiscent of spoiled meat.

The Titan Arum consists of a huge underground tuber that regularly forms a single, large leaf. The brown-purple petals curl around a yellow-green stamen, resembling a pleated skirt. 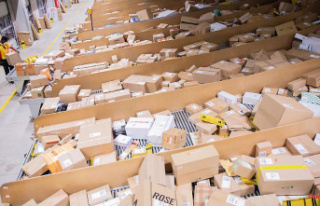