Even after the relaxation of the 10H rule, the CSU still often says that the construction of wind turbines can cause trouble. 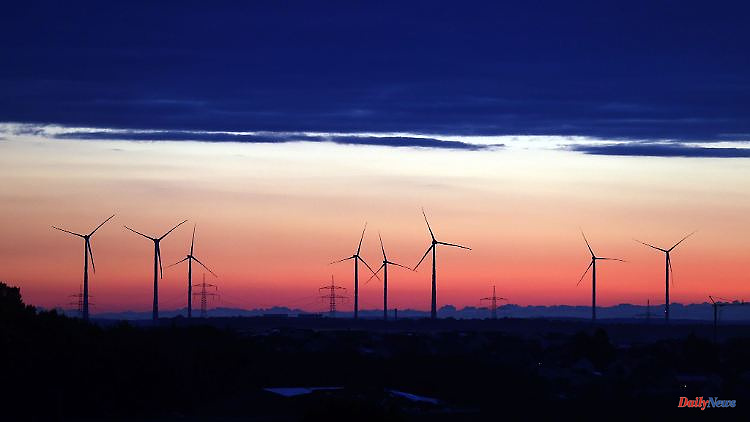 Even after the relaxation of the 10H rule, the CSU still often says that the construction of wind turbines can cause trouble. According to a survey, however, the majority of the population sees it differently.

Munich (dpa/lby) - According to a representative survey, more than half of the people in Bavaria want the controversial 10H distance rule for the construction of more wind turbines to be completely abolished. In a survey conducted by the opinion research institute Civey on behalf of the Greens in the Bavarian state parliament, 54.4 percent stated that they were "definitely" or "rather yes" in favor of abolition. On the other hand, only 38.1 percent said "definitely not" or "rather no" on the question of abolition.

The 10H rule requires new wind turbines to be at least ten times the height of the wind turbine from the nearest settlement. This makes the construction of wind turbines much more difficult. After the CSU had long rejected any easing of the rule, it changed its stance months ago and advocated exceptions. For example, the 10H rule no longer applies along motorways or rail networks or wherever there are already wind turbines.

Due to a new federal law, the Free State must also designate 1.1 percent of its land area as priority areas for wind turbines by 2026, and 1.8 percent by 2032. The value in Bavaria is currently just under 0.7 percent. Here, too, construction should be made significantly easier. In this way, the expansion of wind power in Bavaria, which has practically come to a standstill, is to be boosted again.

According to the survey, this is also urgently needed: Almost 63 percent of those surveyed were convinced that Bavaria needs more wind turbines to become climate-neutral by 2040. 31.5 percent do not believe that more wind turbines will be necessary.

It is interesting in the survey that the wind power critics are particularly at home in Lower Bavaria: Only 54.3 percent, i.e. still more than half, believe that more wind power is needed for a successful energy transition in Bavaria. In all other administrative districts, between 62.5 and 66.4 percent answered the question with yes. When asked about the abolition of the 10H rule, the Swabians were the most cautious, with 50.4 percent saying yes, while 57.1 percent in Lower Franconia and 56.4 percent in Upper Bavaria agreed.

"The message is clear: Away with 10H, immediately and completely," said Green Party leader Ludwig Hartmann. People in Bavaria wanted more energy from clean wind power. What they didn't want were blockers and wind power procrastinators in the State Chancellery. "The only logical step now is an immediate booster for wind energy in Bavaria. Only with a fast, powerful expansion will we get a secure, independent and cost-effective power supply for Bavaria in the long term.

"By blocking wind power, the CSU has led to a fatal energy dependency in Bavaria," emphasized Martin Stümpfig, energy spokesman for the Greens in the state parliament. The citizens would have to pay for this with high prices and delivery worries. More staff are now needed to designate wind areas and to speed up the approval process.

Despite the prospect of easing and the expansion options for the states specified by the federal government, the opposition and government in Bavaria continue to argue about the 10H rule. The Greens and the SPD are calling for its complete and immediate abolition. Incidentally, the long-standing controversial issue is also on the agenda at the next plenary session on Tuesday.

1 Bayern: Man gets on the opposite lane - five seriously... 2 Bavaria: After a lot of rain - drought only superficially... 3 Victory for the far right in Italy: Giorgia Meloni... 4 "We celebrate with Italy": Giorgia Meloni... 5 Despite the crash of Salvini's Lega: Meloni's... 6 Pellet heating increasingly popular: "Nothing... 7 First appearance in the "Besetzereck": The... 8 "Draconic censorship": Pink Floyd co-founder... 9 Saving energy: Is switching to district heating a... 10 Saxony-Anhalt: Autumn brings changeable weather to... 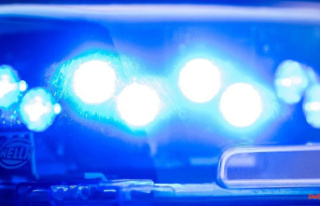 Bayern: Man gets on the opposite lane - five seriously...