Bavaria: Many mosquitoes hatch in Bavaria

It's buzzing and buzzing again in Bavaria - the mosquitoes are back. 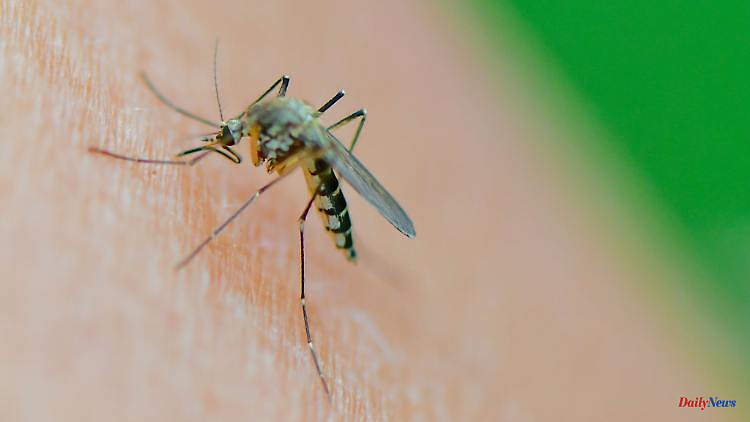 It's buzzing and buzzing again in Bavaria - the mosquitoes are back. And the weather creates optimal conditions in some places. Is there a plague in the Free State?

Munich (dpa / lby) - In the Free State, a particularly large number of mosquitoes are hatching. Forest and meadow mosquitoes in particular are widespread at this time of year, says Doreen Werner from the Leibniz Center for Agricultural Landscape Research (ZALF). They produce one generation per year, hatching in May and June. "Anyone who walks through the forest now mainly has to deal with these mosquitoes," says Werner.

But that's not all: rainy weather in parts of Bavaria could also encourage flooding and flooding mosquitoes. "It may be that they will be active in certain regions next week or the week after - or are already active."

Is there now a real plague in the Free State? Werner gives the all-clear: Unlike in previous years, the number of mosquitoes is simply normal again.

"We're a bit spoiled," says Werner. In many places there has been extremely little rain in recent years. "Once the weather conditions are normal again, the mosquitoes will of course develop." According to Werner, it can generally buzz more in the vicinity of breeding habitats. "But I would never say there is a plague anywhere."

In rare cases, mosquitoes can transmit diseases. For example, the notorious Asian tiger mosquito can pass on dangerous tropical pathogens. In the Free State she has already performed in Fürth in Middle Franconia and in Erding in Upper Bavaria.

But: Not everything that is striped is a tiger mosquito. With its light-dark pattern, the domestic ring-necked crane can easily be mistaken for the tropical insect. At around 12 millimeters, however, it is more than twice as large.

And not every bite of a tiger mosquito makes you sick. According to Werner, the animals do not carry pathogens per se, but first have to infect themselves. With the help of the "Mosquito Atlas" for monitoring mosquito species, it should therefore be prevented that tiger mosquitoes come into contact with infected travelers returning. The project is therefore asking for mosquitoes to be sent in by the public.

1 Bavaria: LKA advises police officers not to wear the... 2 Economy. WTO meeting: Wheat, fisheries and vaccines 3 Venezuelan opposition leader: Guaidó attacked by... 4 Exciting process in Munich: Kadyrov is said to have... 5 Legislative 2022. How do you vote for deputies? 6 Hesse: Violence after separation: Victims call for... 7 Hesse: Around 68,300 tablets and notebooks for Hesse's... 8 North Rhine-Westphalia: "Toilet for everyone"... 9 Thuringia: DRK before World Blood Donation Day: currently... 10 Thuringia: Polling stations for mayoral elections... 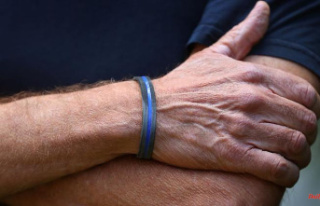 Bavaria: LKA advises police officers not to wear the...