Bavaria: mood booster for Bayreuth: "Proud of each individual"

Bayreuth (dpa / lby) - Sebastian Kolbe from SpVgg Bayreuth would have gladly waived the "Man of the Match" award. 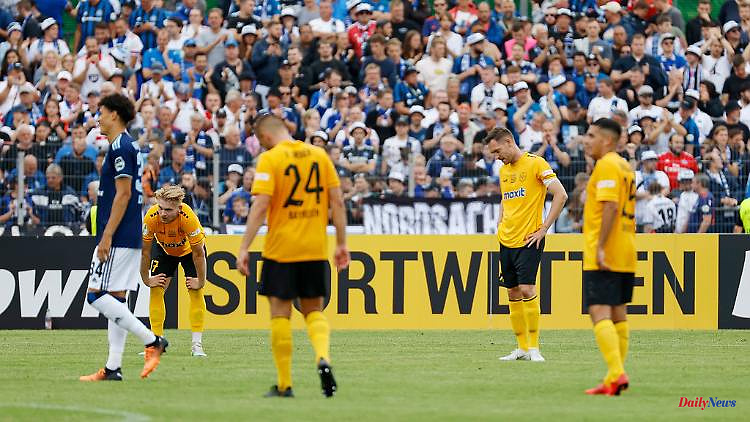 Bayreuth (dpa / lby) - Sebastian Kolbe from SpVgg Bayreuth would have gladly waived the "Man of the Match" award. The goalkeeper of the third division promoted team would have preferred to progress in the DFB Cup against Hamburger SV. And the chance was there!

The Upper Franconia led against the second division soccer team on Saturday until shortly before the end of the regular season. Then Joker Ransford Königsdörffer saved last season's semi-finalists into extra time with his goal in the 83rd minute. Sonny Kittel and again Königsdörfer then destroyed all Bayreuth hopes in the 3:1.

"It hurts a bit," said Kolbe on ARD. But his team had a "great game" that gave "courage for the upcoming tasks": "I'm proud of every single one."

He was allowed to be. Finally, Bayreuth put up a good fight. Luke Hemmerich even gave his team an early lead. Kolbe then proved to be invincible for a long time.

"We're proud of the team that threw everything in for 120 minutes," said Bayreuth coach Thomas Kleine after the mood booster in front of 14,700 spectators. There will be a similar number of fans in the home game against SC Freiburg II on Saturday (2 p.m.). "We're hoping for a lot of spectators," said Kleine. 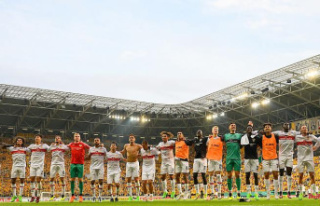