The malting barley acreage in the Free State had recently fallen sharply.

The malting barley acreage in the Free State had recently fallen sharply. But now there are more fields with barley again - and that has very topical reasons.

However, this year's acreage is still below that of 2019, when malting barley grew to more than 100,000 hectares. In the 1980s, Bavarian farmers were still growing spring barley on more than 300,000 hectares. The Free State is considered a beer country - the beer at the Oktoberfest is world-famous, in Upper Franconia there is a presumably unique concentration of breweries.

Fertilizer prices have risen sharply in recent months because the natural gas required for production costs significantly more. Malting barley requires comparatively little mineral fertilizer and is therefore likely to have reawakened the interest of farmers.

How good the Upper Franconian malting barley harvest turns out this year will depend primarily on the weather in the coming weeks, as Schöffel further explained. A lot depends on whether the urgently needed rain will come in the coming weeks. 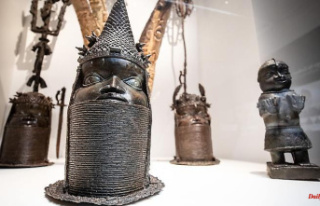