Five-hour waiting times and the fire brigade helping out with baggage handling - there shouldn't be any scenes like at other airports at the hub in the south. 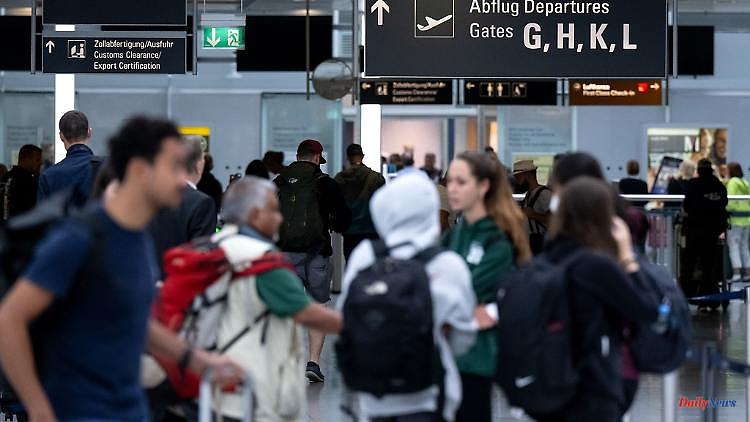 Five-hour waiting times and the fire brigade helping out with baggage handling - there shouldn't be any scenes like at other airports at the hub in the south. There is a lack of staff here too. But already at the security controls there is a big advantage.

Munich (dpa / lby) - Munich Airport is relatively relaxed about the start of the Bavarian summer holidays in August. There shouldn't be chaos like at other airports: "We'll do everything we can to ensure that doesn't happen," said airport spokesman Ingo Anspach. After two years of the Corona doldrums, the demand for air travel is now approaching the pre-Corona numbers again. "We are currently approaching the 80 percent mark and it is continuing to rise. In the peaks we are already above the pre-corona level," said the spokesman for Germany's second largest airport.

The dynamic development poses problems for airports from London to Amsterdam to German airports because there is a lack of staff in many places. During the pandemic, many employees of service providers found work in other industries: "There is a shortage everywhere".

However, thanks to short-time work, the Munich airport company was able to keep a large part of its workforce - it currently employs 8,700 people, compared to 10,000 before the crisis. "We're not that badly positioned." Nevertheless, there could be short-term bottlenecks in individual areas with major effects on the entire gear train.

An example was the restrictions imposed by air traffic control and a thunderstorm a week ago: many travelers missed connecting flights or were rebooked on the train. Half of the fact that there are currently around 3,000 suitcases from Lufthansa passengers in Munich is due to the fact that suitcases are sorted there for other German airports that can no longer keep up with their work. The luggage will then be delivered individually from Munich.

Baggage handling in Munich is partly handled by an airport subsidiary and partly by the private service provider Swissport Losch. Recruiting new staff is difficult, said Anspach. Many companies are looking.

In Bavaria, 230,600 people were registered as unemployed in June. In the state capital of Munich, the unemployment rate rose to 4.2 percent. Marcel Fratzscher, President of the German Institute for Economic Research (DIW), has been driving this development for a long time. He told the "Frankfurter Rundschau": "There is a lack of every corner and end - from highly qualified jobs to the dishwasher. Airports and restaurants are currently being hit hardest." The federal government now wants to make it easier for airports to recruit staff from abroad.

Munich struggles less than other airports with sick leave. The sick leave is not unusually high, said the spokesman.

The Bavarians have a big advantage, especially when it comes to security checks. Other German airports are dependent on private security companies. And they also have staff shortages, as the recent demolition of an open-air festival by Bayerischer Rundfunk due to a lack of security guards shows. In Bavaria, security checks at the airports are carried out by a company owned by the state of Bavaria, which pays according to the public sector collective agreement. "The fluctuation is correspondingly lower there," said Anspach. 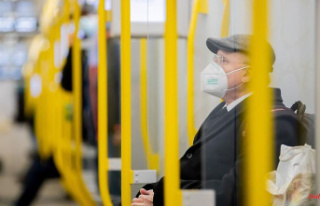 Bavaria: FFP2 masks are no longer compulsory on buses...