Despite full trains and streets, traffic was initially calm on one of the busiest days in Bavaria. 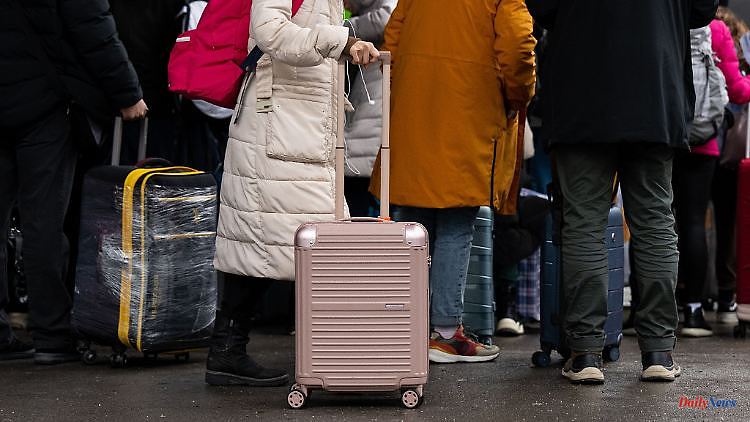 Despite full trains and streets, traffic was initially calm on one of the busiest days in Bavaria. However, it will be stormy and the precipitation will increase.

Munich (dpa/lby) - Mild weather, little traffic jams and no major disruptions to flights or trains: Traffic in the Free State runs largely normally and smoothly on the Friday before Christmas. This was announced by police headquarters, Deutsche Bahn and Munich Airport in the afternoon. And that despite the fact that there is a lot going on on the traffic routes.

"It was definitely the busiest day so far," said a spokesman for Munich Airport. "Especially this morning, but everything went great." The flights had all taken place according to plan and without disruptions. "This is also because the temperatures have risen again."

Deutsche Bahn is also reporting many travelers and has deployed 80 additional trains throughout Germany - including on the route between Munich and Berlin. On Thursday and Friday, more than a million passengers traveled on long-distance trains. There were no major restrictions in Bavaria on Friday, said a railway spokesman.

"The streets are already quite crowded," said a spokesman for the police headquarters in Upper Bavaria North. So far there have not been any long traffic jams. This is also the case in the Upper Palatinate: "A real travel jam is currently not visible with us," said a spokesman for the police headquarters. There are only minor restrictions around construction sites or accidents. Otherwise the situation is very quiet. The situation is similar in Lower Bavaria, Swabia and Middle Franconia.

The mild weather is expected to turn towards evening and night in parts of Bavaria. According to the German Weather Service (DWD), a front system is moving over Bavaria. Especially in southern Bavaria, the DWD expects gusts in the lowlands to storm and hurricane gusts in the Alps. In the Allgäu, the weather service warns of storms and continuous rain. 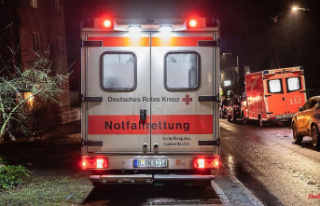